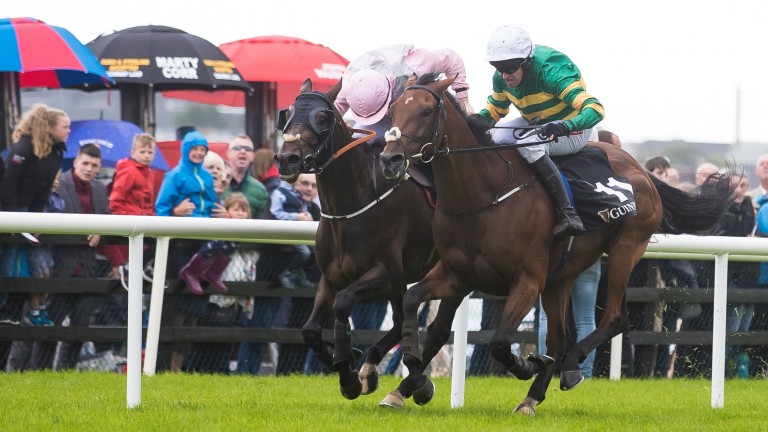 There are tracks where the mantra ‘horses for courses’ really counts and more often than not at Ballybrit you see the same faces running big races year in year out.

Tigris River is a prime example of such a horse, similar to Cause Of Causes at Cheltenham, as he just comes alive at Galway.

He broke his maiden at the course in 2015, followed up in 2016 by running an unbelievable race to be fourth in the Galway Hurdle as a five-year-old – he might even have finished closer but for meeting trouble in running – and last season was his crowning moment as he gobbled up the rising ground to collar Swamp Fox in the dying strides.

Since then he's been scratching around running poor races on winter ground, which isn’t his cup of tea at all.

Winning back-to-back Galway Hurdles has proved an elusive task over the years, yet I can't remember a horse that has been given a better chance by the handicapper as Tigris River gets into the race off just 4lb higher than last year.

Tigris River showed a glimpse he was coming back to himself when finishing a never-nearer fifth in a prep hurdle this month and that run should leave him spot on.

WILLIE MULLINS has thrown plenty of darts at the Galway Plate without success since his sole win in 2011, but he is in an excellent position to rectify that next Wednesday with Blazer.

JP McManus's lightly raced son of Network has taken a slightly unusually path since he joined Mullins from France having won over hurdles.

He was sent chasing straight way and it was too much too soon as his jumping simply wasn’t up to scratch.

Having been rerouted to hurdles, he won once and was third behind Diamond King in the Coral Cup from four starts, which is decent form and proves he stays a trip.

His runs have been scattered since then, but he was a solid runner-up behind A Genie In Abottle in December 2016 and you can put a line through his next outing over 2m4f at Cork as the ground was so heavy it turned into a nothing race.

Off a 144-day layoff, he broke his chasing duck over 2m at Punchestown despite some sketchy jumps and his last run at Fairyhouse in April, which came after another 305-day absence, convinced me he could be a Galway Plate contender.

I loved the way he raced keenly off an average pace because in the Plate you need a horse comfortable running fast and he also attacked his fences, which seemed to improve his jumping.

Three out he was tanking, but a lack of race fitness cost him and he blew up as he lost the lead on the run between the last two fences.

His action suggests he'll go on good ground, he has a lovely racing weight on 10st 5lb and, as a seven-year-old, he's the same age as five of the last seven winners.