Sam Twiston-Davies takes you through his rides at Haydock 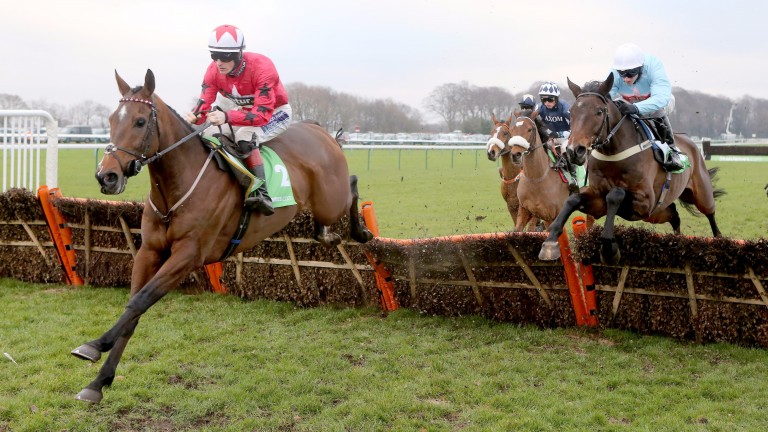 The New One wins the Champion Hurdle Trial at Haydock for the third time last year
JOHN GROSSICK RACING PHOTOGRAPHY
1 of 1
9:57AM, JAN 20 2018

I have high hopes he can land the Grade 2 Unibet Champion Hurdle Trial for a fourth consecutive year. That really would be something special and I don't see any reason why he cannot continue his dominance in the race.

He has never been impressive in winning this particular race, which will be run on bottomless ground once again, but certainly knows how to get the job done.

He goes there in good form and, while a bare two miles is plenty sharp enough for him nowadays, the heavy ground will help bring his stamina into play.

Although he doesn't necessarily enjoy really testing ground, The New One handles it and has a favourite's chance. He may have just turned ten, but a quick look at his form this season tells you that he retains most – if not all – of his ability.

All being well, the Sun Bets Stayers' Hurdle at Cheltenham will be next.

There are reasons for believing he could outrun his big odds. I've been getting good vibes from the team at Ditcheat about his current welbeing – word is he's in really good order.

Ptit Zig deals with bad ground really well and, even though he runs off top weight here, the handicapper has dropped him 3lb since his disappointing performance at Ascot just before Christmas.

He didn't jump well that day and, as long as he is better in that department on Saturday, he could prove a different proposition.

The bookmakers seem to have written him off but they don't always get it right. I think he has a real chance of getting some prize-money.

He's a big and backward horse who is still learning his trade and was a bit disappointing in novice company at Hereford last time.

That saidm the winner Paisley Park came out last Saturday and ran a blinder to finish second in a Warwick Grade 2 so the form doesn't look too shabby. It will be interesting to see how he fares first time in a handicap off a mark of 125.

FIRST PUBLISHED 9:57AM, JAN 20 2018
I don't see any reason why he cannot continue his dominance in the race