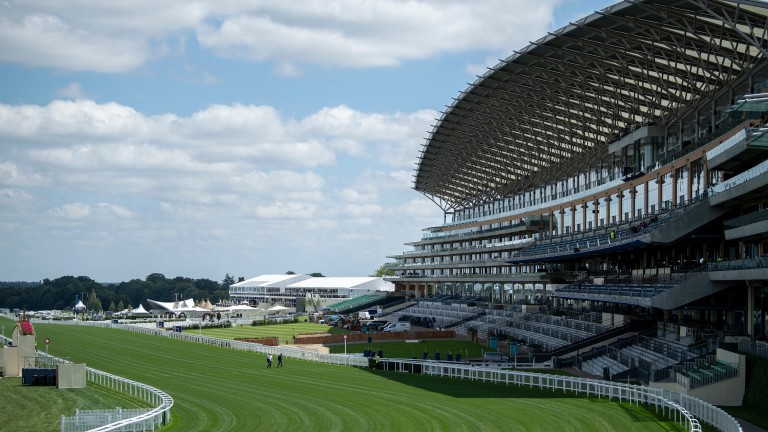 Ran a career best when runner-up to Roaring Lion on soft ground in the Queen Elizabeth II Stakes over course and distance last October. Sets the standard on that form and won't mind any further rain.
Paul Curtis

John Gosden's filly has missed a few engagements due to soft ground and makes her belated reappearance in a handicap. The four-year-old is fit from some decent work on the Al Bahathri.
David Milnes

Looked Pattern class when winning a Leicester maiden in May, beating a subsequent winner with ease despite running green. Nicely drawn in stall 22, he can go close.
Raceform

Stamina should not be an issue for this Queen's Vase contender who won over 1m2f last season. Beaten seven lengths in the Investec Derby, he will appreciate today's longer trip anddrop in grade.
Tony O'Hehir

That Is The Spirit(6.40 Chelmsford)

Took advantage of a declining handicap mark to make all over course and distance recently and further rewards look a distinct possibility.
Dave Edwards

Crying out forthis step up in trip. A game horse who should lead and may be hard to pass in the final furlong.
Sam Hardy

Since 2006 14 horses have run in the Queen Mary after finishing first or second in the Marygate Stakes at York. Four of them won and a £1 stake on all qualifiers would have resulted in a profit of £65.50.Mighty Spiritcancontinue thegoodrun at 2.30.