Right time to back French star for Royal Ascot 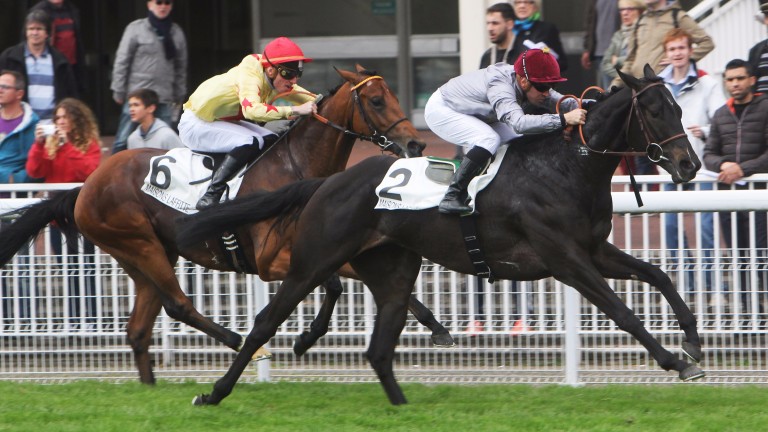 The three-year-old mile division will look a lot clearer come Saturday evening, by which time the 10-1 available about Al Wukair for the St James's Palace Stakes at Royal Ascot is likely to look massive.

For starters, Andre Fabre's colt has an excellent chance of winning the 2,000 Guineas at Newmarket.

Unlike Fabre's last two winners of the 2,000 Guineas, Zafonic and Pennekamp, Al Wukair didn't race at the highest level at two, but the trainer has started to take a more low-key approach with his leading juveniles.

Al Wukair instead won both starts in good style, showing a good attitude and a smart turn of foot, and then showed that he had trained on with a breathtaking display when winning the Prix Djebel at the start of April.

Out the back and detached at halfway, he showed blistering acceleration to pass the entire field, winning hard held.

That was a decent field that included emphatic Group 1 winner National Defense, whose trainer stated he would avoid a rematch with Al Wukair at Newmarket.

I wouldn't put anyone off backing him at around 4-1 for the Classic, but at more than twice the price he is even better value for Royal Ascot because just a top-three finish on the Rowley Mile may well see his price shorten dramatically.

That's because two of his main rivals on Saturday, Churchill and Eminent, would be likely to step up in trip for the Derby if they run well.

Personally I can't see Churchill staying at Epsom, but he is favourite at the moment and the Derby is the most important race of the year for his connections.

Furthermore, French Guineas favourite Brametot is more likely to have a traditional French campaign, stepping up in trip for the Prix du Jockey Club before a mid-season break and being prepared for the Arc or Champion Stakes.

Al Wukair, on the other hand, looks an out-and-out miler and is also the only St James's Palace entry for Al Shaqab, who won the race last year with Galileo Gold.

The son of Dream Ahead won't have any problems on the round mile at Ascot as he won on a right-handed track at Chantilly and he has also won on slow and fast ground.