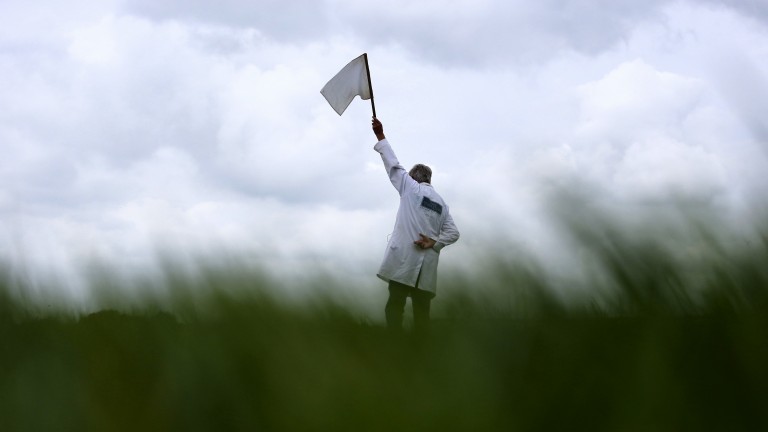 Can need his seasonal reappearance, but connections cranked his preparation up a notch by working him alongside classy half-brother Coneygree at Newbury on Tuesday. Track and conditions should suit, so big run forecast.Others to followExeter 1.25 Royals And Rebels.Uttoxeter 1.15 Woolstone One, 2.15 Zephyros Bleu, 2.45 Zeroeshadesofgrey.

Lightly raced, unexposed gelding who is expected to find plenty of improvement now back up in distance after a very encouraging return.Others to follow
Exeter 12.55 We'll Be There, 1.25 Mister Drifter, 1.55 Castarnie, 2.25 Brelan D'as, 2.55 Keep Moving, 3.25 Mercenaire, 3.55 Paddleyourowncanoe.
Uttoxeter 1.45 Mozo.

Rare runner at the course for the in-form Donald McCain yard. Fair effort on reappearance at Ayr and, having come on for that and on ground that suits, he is fancied to make his long journey worthwhile.Others to follow
Uttoxeter 1.45 Floramoss, 3.15 Under The Red Sky, 3.45 Cave Top.

Bolted up from a subsequent winner on his Exeter reappearance and far from disgraced when making a quick comeback second. Could still be a bit better than his current mark.

Well beaten on his reappearance but Venetia Williams' mud-loving six-year-old has a fine attitude and can bounce back on his favoured ground.

Wheels have come off lately but will relish ground, has an exceptional record at the venue and looks well treated off 142.

The Gordon Elliott-trained six-year-old appeals in thid 2m7f handicap hurdle following an encouraging start to the season at Naas 15 days ago when he stayed on well for second in the Brown Lad Hurdle over 2m4f. He won his maiden over course and distance last season and can score under 5lb claimer Chris Meehan.>> There are no Newmarket tips today

FIRST PUBLISHED 8:00PM, NOV 25 2017
Wheels have come off lately but will relish ground, has an exceptional record at the venue and looks well treated off 142