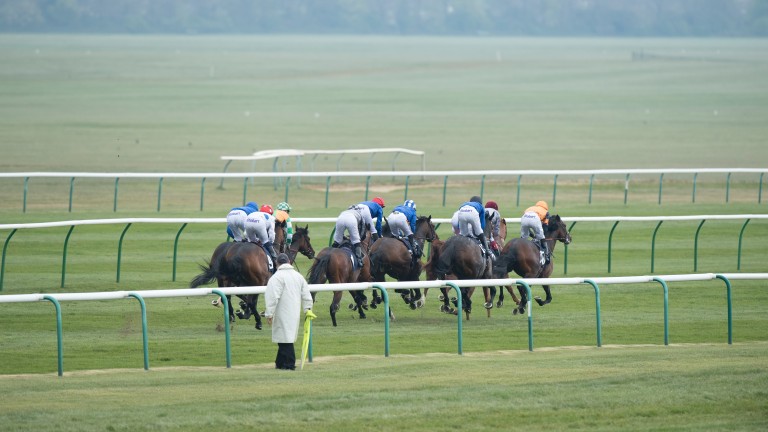 James Fanshawe's string invariably tends to hit peak form in the autumn and his rapidly improving fillyFleur Forsytelooks a case in point.

She took a massive step forward when easily winning a Listed race at York on good-to-soft ground and there is every reason to think she can step up on that effort.

She will need to in order to win the Group 3Princess Royal Nayef Stakes at Newmarket (2.25), but everything looks right for Fleur Forsyte and she is on the way up, while a few of the fillies with better form may have peaked.

Fanshawe hasn't ruled her out of the Group 1 fillies' and mares' race on Champions Day just yet, which shows how highly she is regarded and at 6-1 she looks the bet of the day.

Elbereth has the best form and will like the ground, so rates the biggest danger, although the beautifully bred Mori is much better than she showed behind Fleur Forsyte at York last time. 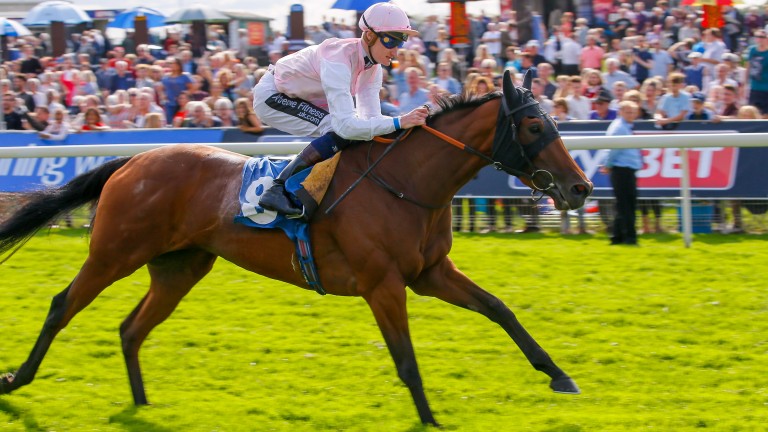 Fleur Forsyte: on the way up and still holds an entry in a Group 1 on Champions Day at Ascot
Mark Cranham (racingpost.com/photos)

The Shadwell Rockfel Stakes (3.00) has a similar sort of shape to the Nayef Stakes as Nyaleti,who hasthe best form, is taking on a few that might improve past her. However, the unexposed ones have to make a big step up because Mark Johnston's runner has been running in the best fillies' races all season.

This is the first time she has run over what could be her ideal trip of 7f since splitting September and Masar at Royal Ascot, and she might have gone for home a bit too soon on the slowest part of the track over a mile at Doncaster last time.

Gavota, who has won both her races in good style and will enjoy the give in the ground, could be a bigger danger than the Aidan O'Brien-trained Butterscotch.

I'm a massive fan of Beat the Bank, so I'm hoping he will win theShadwell Joel Stakes (3.35) before stepping up to Group 1 class in the QEII on Champions Day.

He deserves to be favourite on what he did at Goodwood last time, but doesn't having anything in hand of Zonderland on form and Mustashry is a typical Sir Michael Stoute improver.

Throw in Sir John Lavery, who manyat Ballydoyle considered to be their best three-year-old colt at the start of the season, and this won't be a cakewalk for Beat The Bank.

The openingMuhaarar British EBF Rosemary Stakes (1.50) is wide open as those with form have been running in races like this since mid-season with varying degrees of success.

Muffri'Ha is undoubtedly the one with the best credentials having won a Group 3 at this track just over a year ago. The issue with her is whether she will be fully wound up having been off since May.

If she is, she will be hard to beat, although there are a couple of unexposed three-year-olds that could make her work.

The obvious one is Ralph Beckett's Amabilis, who cantered through a good handicap at Ascot last time and should have no problems stepping up in class. She's a short enough price, however, and it could be worth taking a complete flyer on the once-raced maidenLa Figliafor Jeremy Noseda and Frankie Dettori. 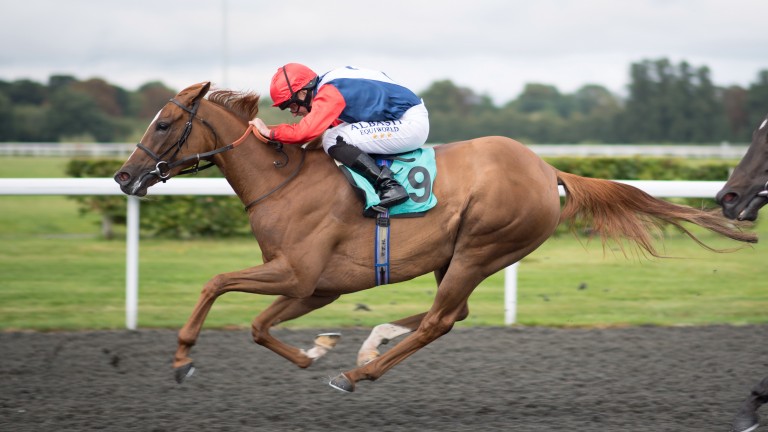 La Figlia: daughter of Frankel showed huge promise on her debut at Kempton
Edward Whitaker (racingpost.com/photos)
Despite starting odds-on and getting beaten, La Figlia showed any amount of promise on her sole start when second in a Kempton maiden over 6f. The winner has gone on to finish second in a Listed race and La Figlia clearly found that trip way too short.

She did some good work through the last furlong and will be a different filly at a mile. Of course she might not be able to run anywhere near fast enough, but she's by Frankel out of a Guineas winner, cost a fortune and Frankie rides, so is well worth chancing at a huge price.