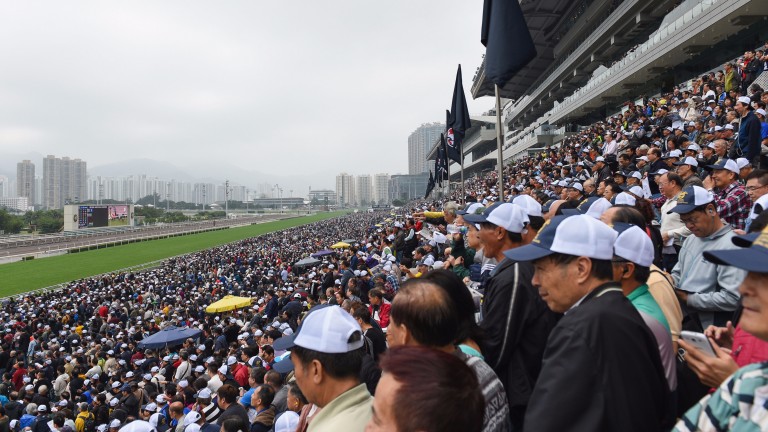 Zac Purton made a hit and run raid on his homeland to land a Group 1 in Sydneyon Saturday and the globetrotting Aussie can shake off any jet lag with two strong chances onBaltic Whisper andSimply Brilliant at Sha Tin on Sunday.

On the face of itBaltic Whisper hasn't progressed as well as expected since making a striking winning debut here in January, but he was badly drawn on the first occasion and blew the start badly on the second.

Danny Shum's gelding has drawn well in stall ten here and, given he jumped alertly in a solid recent trial, the stage looks set for Baltic Whisper to resume his progress in the Ruby Handicap (9.40) at the main expense of Joao Moreira's mount Top Beautiful.

The Moreira versus Purton angle plays even more strongly in the featured Sapphire Handicap at 10.15, with the Brazilian on likely favourite Easy Go Easy Win and Purton aboard the progressive Simply Brilliant.

John Moore fits blinkers to Easy Go Easy Win following a slightly lazy effort last time, but even if they have the desired effect Simply Brilliant looks a dangerous rival.

This chestnut was useful when known as Senator for Richard Fahey and has thrived under his impressive new handler Frankie Lor, going close several times before forging clear of a useful field in a strongly run Class 3 here last month to give his sire Frankel a first winner in Hong Kong.

An 8lb hike was only to be expected after that, but Simply Brilliant shapes as if he will be better again over this extra furlong and his prospects look bright.

Purton can also make his mark earlier on the card when Elite Boy lines up in the Jasper Handicap at 8.40, while Happy Meteor is one to keep an eye on at longer odds in the Peridot Handicap at 9.10.

John Moore's gelding has been out of sorts this season but he's dropped to a very handy mark as a result and the return to an AW surface might just spark a revival.

FIRST PUBLISHED 8:00PM, MAR 24 2018
Simply Brilliant shapes as if he will be better again over this extra furlong and his prospects look very bright indeed