Purton can put Moreira in shade again with improving Ever Strong 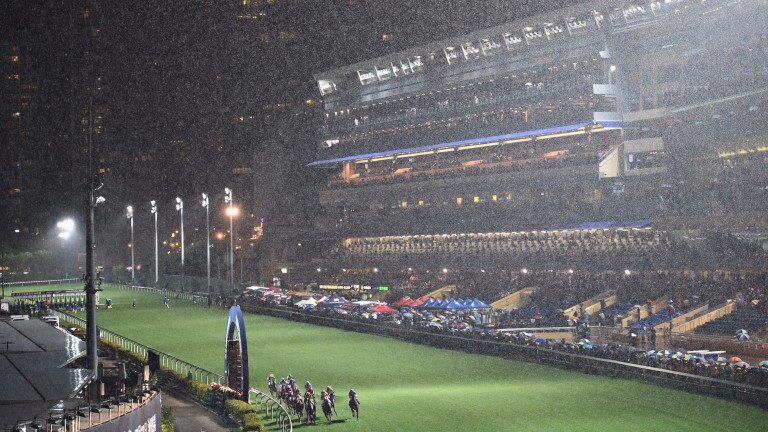 Star rider Joao Moreira has struck out three weeks running at Happy Valley, while mercurial local hero Pakistan Star is staring at a red card after downing tools again under the Magic Man in a Tuesday trial.

Meanwhile, a feisty Aussie smiles to himself as he ponders another strong book of rides on a rare Thursday fixture at the city track.

Zac Purton dominated last week's Valley card with a four timer and returns with several early chances, starting with Victory Follow Me in the Shau Kei Wan Handicap at 12.15.

A wide draw poses an early tactical challenge, but Victory Follow Me is in top form and the return of blinkers and the presence of several front runners should assist as he bids to break his HK duck.

Daring mid-race swoops from last to first are a staple of Valley action in races over 1650 metres and Purton executed a dramatic charge aboard this gelding three weeks ago.

Premium Champion can go one better ridden with a little more patience, but Purton's most interesting mount from a value angle could be Ever Strong in the Quarry Bay Handicap at 12.45.

Moreira will command support aboard the unexposed Exceptional Desire but Ever Strong has impressed more than once in trials, most recently when travelling strongly to bustle up the very speedy Giddy Giddy.

On that evidence, Ever Strong has improved. He clearly needs to progress to win this, but he's been dropped 4lb since his last run in June and the early signs suggest the market might underestimate him.

Moreira partners Diego Kosta in the Causeway Bay Handicap at 3.15 but this habitual pace presser faces a posse of aggressive front runners.

The Brazilian’s former partner Wayfoong Vinnie can produce a powerful finish when the pace is fierce and the faster they go the brighter his prospects of extending a fine start for rookie handler Frankie Lor.

FIRST PUBLISHED 8:00PM, OCT 4 2017
A wide draw poses an early tactical challenge, but he's in top form and the return of blinkers and the presence of several front runners should assist