Promising Monotype should prove a winner for Nolan 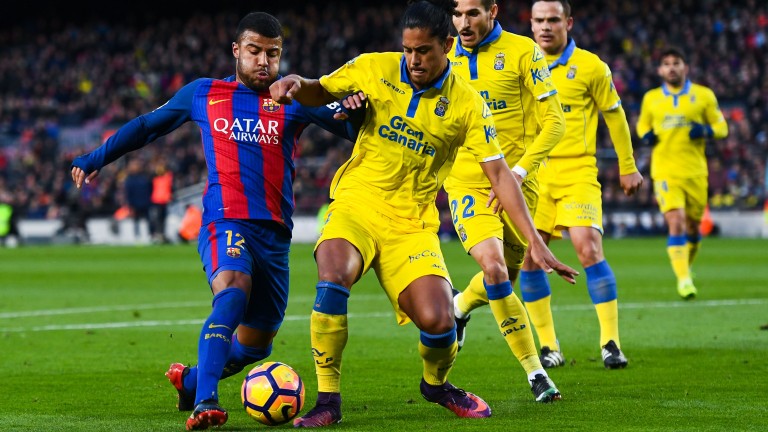 Clyne (second right) delighted Evan Williams when runner-up to The New One at Haydock
Martin Lynch (racingpost.com/photos)
1 of 2
By Justin O'Hanlon 6:44AM, FEB 6 2017

This five-year-old was a pretty useful Flat handicapper in Britain for Roger Varian, winning a handicap off a mark of 90 before fetching 52,000gns at the Newmarket autumn sale. The evidence of his Gowran effort suggests there should be much better to come from him.

Racing handily, he mostly jumped well, tacking on to the heels of the leading group turning out of the back straight, and he got tired only after the second last. His jumping went to pieces late in the race but that was only after he tired.

The way he travelled and jumped was pleasing for the most part and it was a run of some promise. He acted on soft ground in Britain but may act on better ground over hurdles and he looks sure to win races.

This homebred son of Primary comes from a family that has served this stable well with four previous winners and his Gowran Park debut was promising.

He was never really close enough to be in contention at any stage, but at the same time he was not that far off the pace and a place was not out of the question as they emerged from the back straight. He ended up staying on at the same pace and probably would have finished a bit closer but for a mistake at the final flight.

There should be plenty of improvement to come and he may well prosper on better ground.

This six-year-old has had four runs now, showing ability in a couple of maiden hurdles and getting a mark of 95 for her handicap debut at Naas on Saturday.

Held up off the pace, she was unable to get into contention in the straight but stayed on to decent effect from before the final flight and particularly when meeting the rising ground in the last furlong.

This mare should be suited by stepping up in trip, and being by Kalanisi she should enjoy better ground in the spring and summer. She has shown enough to suggest she could be decent.

This gelded son of Vertical Speed was making his debut in this race won by the impressive Melon and he ran well enough to suggest he can improve and win races in due course.

They went a proper gallop and he was towards the rear and off the bridle before the second last, but he kept going quite well from before the straight and ran to the line in a contest where they finished quite well strung out.

He is probably not good enough to win a maiden hurdle without considerable improvement, but in time he is likely enough to win races.

It was an interesting week with plenty of high-class performances for the handicapper to mull over.

Sutton Place landed the Grade 3 Limestone Lad Hurdle at Naas on Sunday and goes up a whopping 18lb to a mark of 158, which puts him high up the pecking order.

He is only 4lb inferior to Sunday's Irish Champion Hurdle winner Petit Mouchoir and on ratings at least worth his place in an ordinary Champion Hurdle. He is only six and it will be interesting to see how much more he can improve. 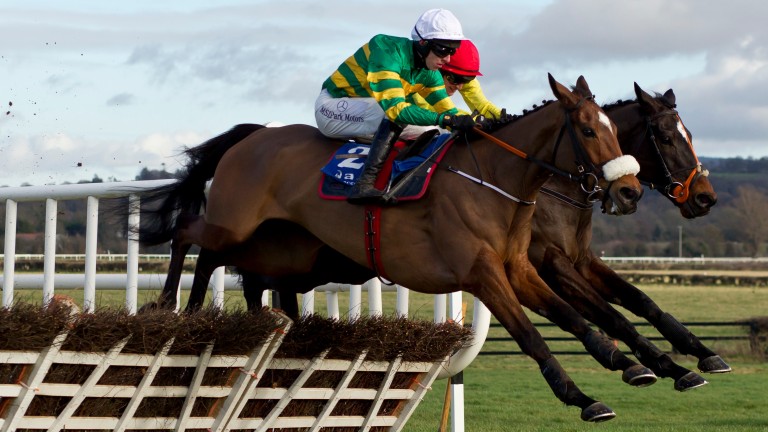 Sutton Place jumps the last in front in winning the Limestone Lad Hurdle at Naas most impressively
Patrick McCann
The mark of Petit Mouchoir remains the same after Sunday's success but runner-up Footpad may have recorded a career-best and goes up 8lb to 155.

Possibly the most significant performance of the week was put up by Champagne West in landing Thursday's Thyestes Chase at Gowran Park. He goes up 12lb to a mark of 166, which means only four Irish chasers are now considered his superior.

If the ultimately tragic exploits of Many Clouds in beating Thistlecrack at Cheltenham on Saturday proved anything, it is that the outcome of the Cheltenham Gold Cup is not a foregone conclusion and Champagne West would warrant his place in the line-up.

The other notable changes were at a slightly lower level, including two handicap hurdles at Gowran Park on Thursday.

The ex-Willie Mullins-trained Aminabad, now with Paddy Griffin, goes up 9lb to a chase mark of 128 for winning a novice chase at Catterick last Wednesday.

There was one hike of significance on the Flat, which was the 10lb penalty issued to Alans Pride for winning one of the divisions of the 7f handicap at Dundalk on Friday.

FIRST PUBLISHED 5:12AM, FEB 6 2017
This mare should be suited by stepping up in trip, and has shown enough to suggest she could be decent