Plenty to recommend Balko in his Galway Plate mission 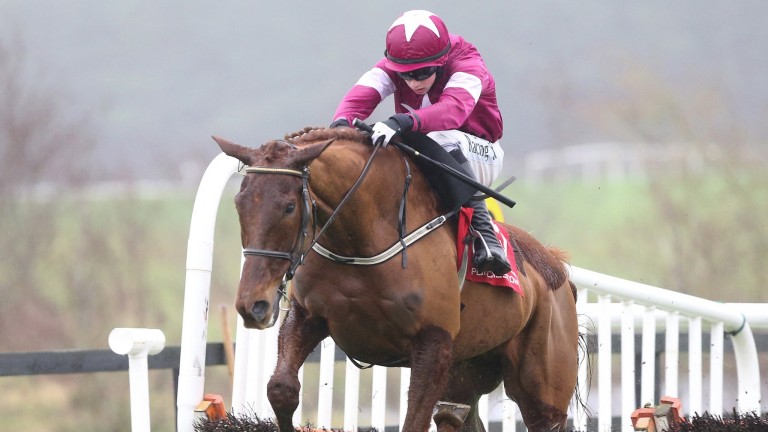 Henry de Bromhead has a number of fancied contenders for this year’s Galway Plate and can claim the prize with Balko Des Flos.

A smart novice last season, Balko Des Flos finished a close third in the 2m5f novice handicap at the Punchestown Festival and was done no favours by racing wide for the whole contest.

A slow jump at the last put paid to his chances, but he stayed on very strongly at the finish and the step up in trip, along with the notoriously steep Galway hill, will be right up his street.

The last four winners of the Plate ran in the same race at Punchestown with varied degrees of success and, while Balko Des Flos’s eyecatching effort saw him go up 3lb, that still leaves him on a lovely weight of 10st 10lb, the same as De Bromhead’s previous winner Shanahan’s Turn carried to success.

Balko Des Flos is also an ideal type for the race tactically as, despite the strong gallop, it’s hard to make up ground from the rear and he likes to be ridden handily.

Tigris River can build on a big run in last year’s Galway Hurdle by winning the race 12 months on.

When you consider he was just a five-year-old back then, he produced a storming effort to finish fifth and that should be upgraded as he didn’t enjoy the smoothest passage when shuffled back through the pack after jumping two out.

He expended a lot of energy getting back into the contest after that and his run flattening out in the closing stages.

It’s a hint in itself that the son of Montjeu was instantly put away for a repeat bid and he’s come back this year in terrific form.

His first run in May was just a pipe-opener and he wasn’t knocked about, but since then he has bolted up on the Flat over 2m at the Curragh in June and comfortably scored over hurdles at Bellewstown this month.

He isn’t the biggest, but this isn’t a race for chasing types – you need a horse who is neat, nimble and quick-thinking which is exactly what Tigris River gives you. On top of that he has a touch of class and a gritty, terrier-like attitude.

Joseph O’Brien has already proved himself a top-class trainer and his string are in great form.

Read Cathal Gahan every week in the Racing Post Weekender