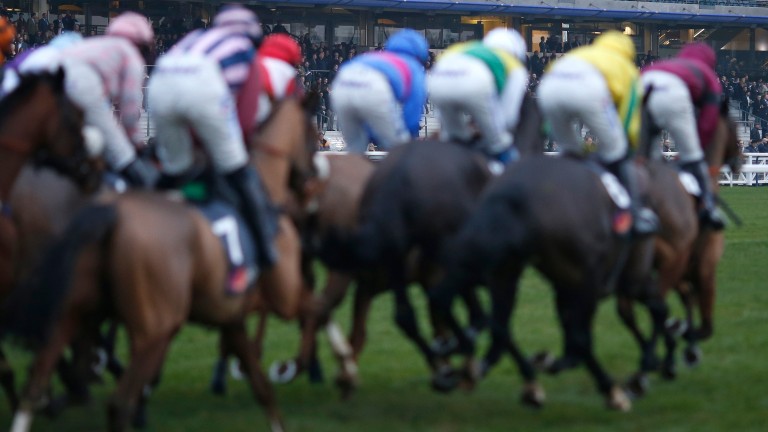 The Tote Placepot is going to be hard to get up at Haydock, but it still makes more appeal than the pitiful fields at Ascot.

Only seven go in the opener and Flic Ou Voyou is the likely favourite having won three times already this term.

However, he has done so in weak company on decent ground and this better race on a much deeper surface might find him out. The one with form in the conditions is Do Your Job for Michael Scudamore.

In the next (12.40) I'd be hopeful Pop Rockstar can build on his returning second at Carlisle. He didn't go on after his reappearance win there last season, but he'd been progressive the season before and still looks well treated on his best form.

Ice Cool Champs, a ten-length winner on his return last season, is one who could go well at a price.

The six-runner graduation chase (1.15) is trappy and could depend on how stiff the fences are this season – they have sometimes been accused of having them too stiff – as a few are liable to mistakes.

They look likely to go a fair gallop with Master Tommytucker and Good Boy Bobby in the field, so I'll take a chance they go too hard and Dashel Drasher and Deyrann De Carjac can pick up the pieces.

I'll be disappointed if Kid Commando doesn't at least place in next (1.50) and as he's likely to be in the front rank, has a bit of speed and promises to stay well, I'll bank on him despite the size of the field.

My main fancies Third Wind and Collooney are joined by West To The Bridge in next (2.25) as he could be a player at a price if lasting home in conditions he'll enjoy.

After that it's just the Betfair Chase (3.00) and any two from three should squeeze us, though I wouldn't want to bank as I keep changing my mind every time I look at the race. Lostintranslation and Clan Des Obeaux got the nod the last time I looked.

FIRST PUBLISHED 6:00PM, NOV 20 2020
The six-runner graduation chase is trappy and could depend on how stiff the fences are this season