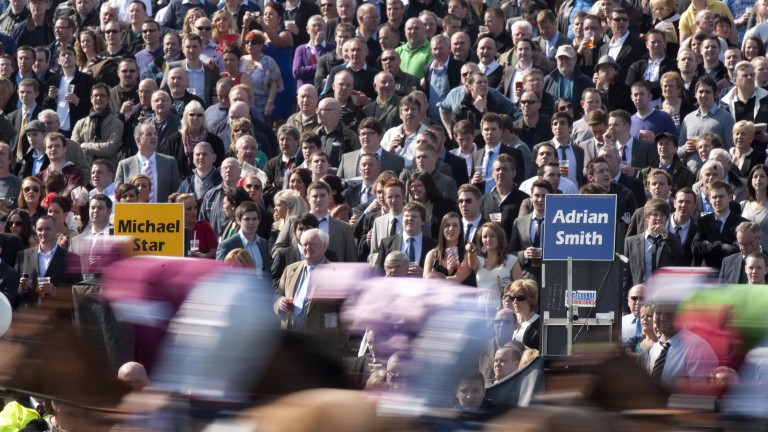 The Tote Placepot looks far more competitive at Newmarket than it did on Friday and that's a bit of a worry as I went out in the first leg then!

Given how well nearly all of Andrew Balding's horses have been running, Stone Of Destiny looks a must for the first leg (1.15). He had an up-and-down season last term but is 8lb lower than when he started the campaign and on the same mark as when winning at the Shergar Cup in August.

David Barron's Venturous showed his wellbeing when scoring readily at Newcastle in January and, as he has operated off much higher marks in the past, he is worth including too.

Major Jumbo was third in a better running of the Palace House (1.50) here last year and also has a first-time-out course victory to his name, so ought to go well, while Moss Gill kept on improving last year and started in the same vein when dotting up in March.

Just six runners for the Dahlia (2.25) makes things tough, but I'm pretty keen on Queen Power, for Sir Michael Stoute, who has won this six times since 2007.

Waldgeist's half-brother Waldkonig (3.00) really did look the part when bolting up by nine lengths on his Wolverhampton debut, but I'm not fan of banking on a short-priced favourite with so little experience and Volkan Star, much better than when sixth in the Zetland on bad ground in October, is included too.

It could be mad taking on such a warm favourite in the 2,000 Guineas (3.35), but Pinatubo was an early enough two-year-old and may well have been caught up.

It's guesswork really, but I've always thought Kameko would be a much better three-year-old and he's a strong fancy for the frame, while Wichita can prove better than his Dewhurst third back on faster ground.

In the final leg (4.10) Exec Chef looks well handicapped on a mark 2lb lower than when just touched off first time out in last year's Lincoln consolation, while Black Lotus, progressive last year, can go well under Andrea Atzeni for Chris Wall.

FIRST PUBLISHED 6:00PM, JUN 5 2020
Pinatubo was an early enough two-year-old and may well have been caught up