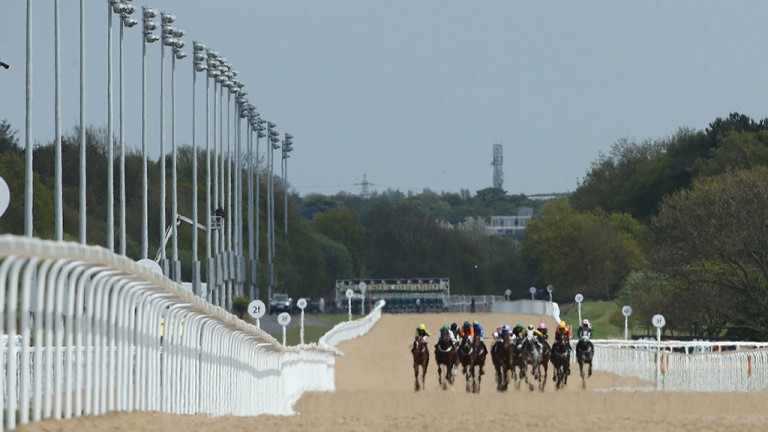 Six tricky legs are in store for Placepot punters at Newcastle
John Grossick (racingpost.com/photos)
1 of 1
UPDATED 6:48PM, MAY 31 2020

With no betting shops and no racegoers it will be interesting to see what sort of pool the Tote Placepot can generate as British racing returns.

On the face of it, six 12-runner races are going to provide a stern test for Placepot fans, but there are short-priced favourites in all but a couple of the races.

Unless there is a string of massive upsets – not impossible given the sport's ten-week break but not that likely given the make-up of at least a couple of the races – a big perm is probably not the wisest course of action.

I'd be mixing and matching and hoping to get a couple beat along the way.

Both Stone Mason and Heavenly Tale have obvious chances on their first starts for new yards in the opener (1.00), but I'll leave out the latter and go with my outside fancy My Boy Lewis.

In the next (1.35) Mutasaamy could continue to prove some way ahead of the handicapper, but he hasn't been seen for a year so it wasn't just Covid-19 that kept him off the track.

Geizy Teizy has twice run really well off a break, while outsider Dancin Boy has done the same and a returns after a wind op, so they'll be my two against a warm favourite but one with a question mark against him.

Richard Fahey's Bond's Boy (2.10) is one market leader I'll bank on following his third in a valuable 28-runner sales race at Newmarket in October.

The second and fifth have both won since, and while there are a couple of interesting newcomers against Bond's Boy, they're going to have to run big races first time.

In the 2.45, Art Power and Magical Journey set a high standard for any newcomer to aim at and I'll go with James Tate's Listed runner-up Magical Journey given the weights.

The last two heats are tougher, but I give Lincoln Park a big shout in the 3.20 and will add Yousini, who has got himself nicely handicapped and is young enough to get back up to his old mark.

Finally, Written Broadcast (3.55) is just about my main fancy of the day, while Eric Alston could have a bargain on his hands in the ex-Irish-trained Captain Corcoran, who is 3lb higher than when scoring on his final start for Johnny Murtagh at Navan but the runner-up has gone up 25lb since.

FIRST PUBLISHED 6:00PM, MAY 31 2020
The second and fifth won next time and while there's a couple of interesting newcomers, they're going to have to run big races first time