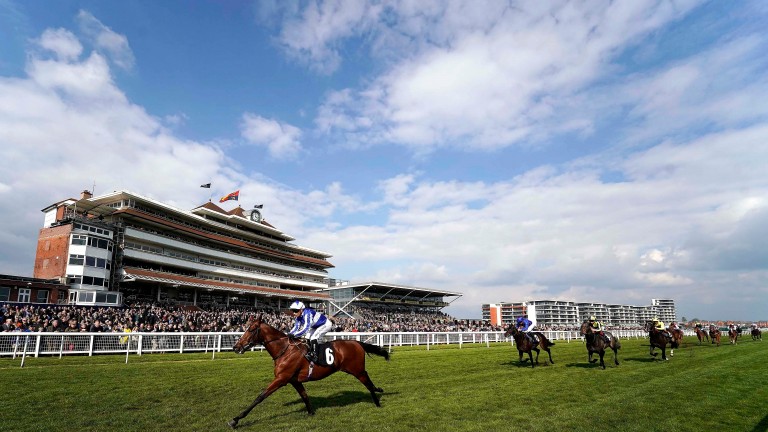 Bred to be miles better than a Class 6 performer and looked firmly on the upgrade when winning at Lingfield last time. Disappointing if he can't win again.
Simon Turner

The daughter of Deep Impact is out of Star Of Seville who won the French Oaks for the Gosden stable in 2015. The youngster has shown up well in her recent work on the Limekilns.
David Milnes

Endured a more torrid passage through the race than the two that beat her but coped absolutely fine with the step back up in trip. Still only two races into her turf career and there's definitely one of these to be had with her granted better fortune.
Raceform

The Simon Crisford-trained five-year-old is making his seasonalreappearancebut was steadily progressive last season andthere could be more to come.
Paul Kealy

Made a pleasing seasonal reappearance over ten furlongs at Newmarket earlier this month and this return to a mile and a half should be in his favour.
Dave Edwards

His three-year-old form has plenty of substance, including a success in the Bibury Cup at Salisbury (1m4f, good to firm). He was not disgraced on reappearance (1m2f) and looks interesting with the outing under his belt.
Steve Boow

Ran well at Brighton last year on good to firm ground before being targeted at a valuable Class 2 sales race at Newmarket. He was slowly away that day but did make some late headway. This represents a significant drop in class and a mark of 60 could be well within reach.
Sam King

FIRST PUBLISHED 6:00PM, JUN 24 2019
His three-year-old form has plenty of substance, including a success in the Bibury Cup at Salisbury