Our experts provide their best bets for Thursday's racing in Ireland 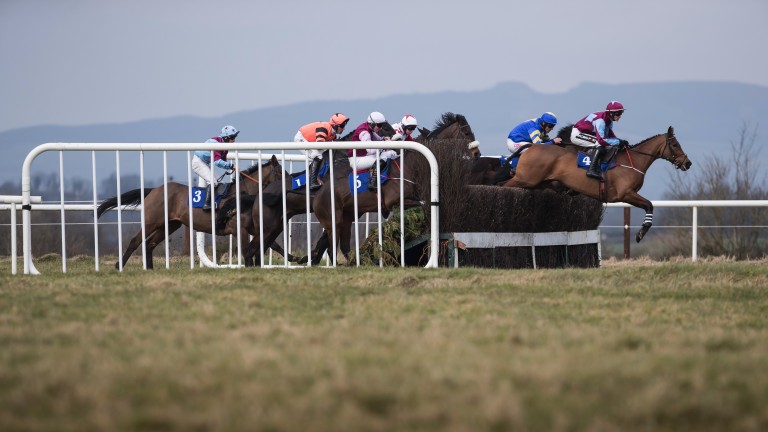 Thurles: stages the only meeting in Britain and Ireland on Thursday
Patrick McCann (racingpost.com/photos)
1 of 1
12:56PM, FEB 7 2019

Ex Patriot1.15 Thurles
Brian Sheerin
Ex Patriot was by far the best of these over hurdles and arrives after a satisfactory performance over fences at Gowran Park. Ellmarie Holden's charge has been ridden by Derek O'Connor in his two chase starts, which is interesting in itself, and although the pair might be charting a path towards something at Cheltenham withthe six-year-oldhe is expected to open his account here.

Petit Tartare2.50 Thurles
Justin O'Hanlon
Joseph O'Brien's five-year-old got up late to win on his hurdles debut at Listowel in September and has fared respectably in novice company since. He chased home the useful Dorrells Pierji at Galway and kept on well in a novice handicap hurdle at Leopardstown. Petit Tartare should be well suited by the conditions of the race and looks likely to take the beating.

Cher Why Not4.00 Thurles
Tony O'Hehir
This interesting gelding has placed on his last three starts, most recently when narrowly edged by Eight And Bob by a length over three miles at Fairyhouse last month. The seven-year-old can get off the mark in this handicap at trainer Tim Doyle's home track.

Get exclusive insight from Meydan and Thurles with Raceday Live - our up-to-the-minute service onracingpost.com and the Racing Post mobile app

FIRST PUBLISHED 12:56PM, FEB 7 2019
He should be well suited by the conditions of this race and looks likely to take the beating