Our experts around the country reveal their best bets 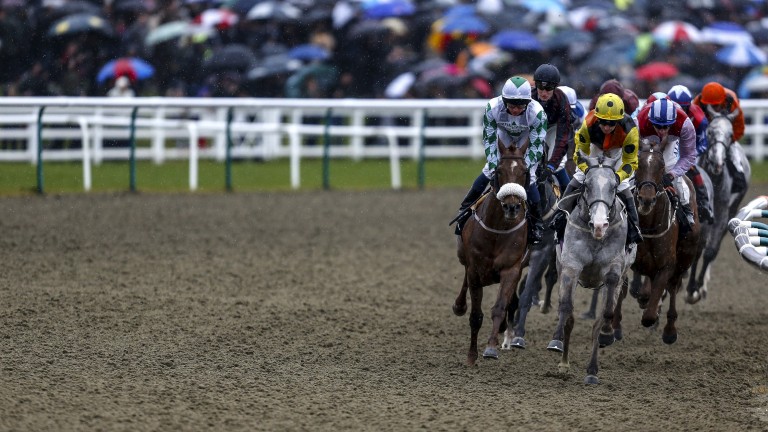 The Simon Crisford-trained gelding has done all his winning on the all-weather thus far and narrowly missed out on turf when going down narrowly to Why We Dream at Nottingham last month. The three-year-old has since worked well on the Al Bahathri.

Did well to finish so close after being set plenty to do when upped to 2m in a muddling event at Chelmsford on her penultimate start. Ran well when ridden closer to the pace on turf last time and fancied to go one better off only 1lb higher back on the all-weather.

Lightly raced gelding ought to have more to offer after runningwell off 3lb higher at this venue last time. Stepping back up to a mile should suit on the evidence of that performance.

Hails from top connections but not seen since finishing a respectable fourth in a Listed bumper on New Years Day at Cheltenham. Has had a wind operation since and will be expected to make her mark now switching her attention to hurdles.

Completely lost her form after a decent summer last year, but has fallen 20 pounds in the handicap as a result and could prove very well-treated if revitalised on her first run for Dan Skelton.

Had the rest well beaten when runner-up in a Chelmsford maiden recently and it would not be a surprise to see him score for the first time.

Well below best form for much of this year but potentially well handicapped as a result. Posted a solid effort in defeat when a staying on fifth last time out and shaped as though this longer trip may be worth a crack. Representing a top yard, he could go well if freshened up after a short break.

In the last three seasons Alan King has figures of 1112211 with his novice hurdlers at Southwell, improving to 11 with those carrying a penalty.Kimberley Point runs in the mares' contest at 2.50.

If you are concerned about your gambling and are worried you may have a problem, clickhereto find advice on how you can receive help.

FIRST PUBLISHED 8:00PM, NOV 19 2018
Hails from top connections but not seen since finishing a respectable fourth in a Listed bumper on New Years Day at Cheltenham