Order is to back George for another big Arc tilt 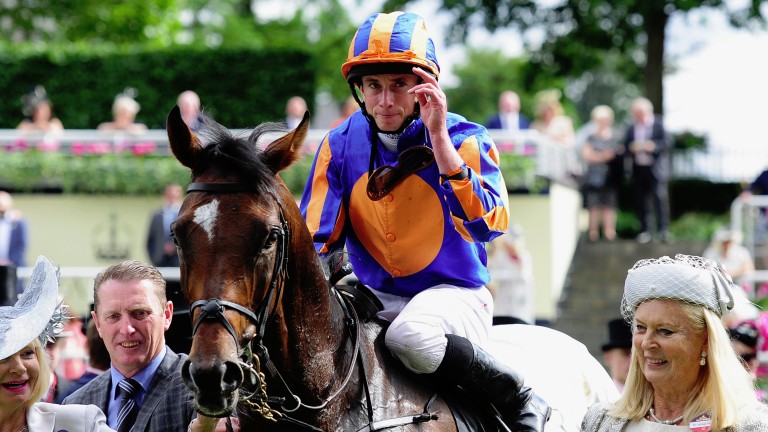 There is a lot of of water that needs to pass under the bridge between now and the Prix de l’Arc de Triomphe in October, but it’s never too early to have an interest in one at a big price for the fantastic French spectacle. In Order Of St George – at a tasty 33-1 – we may have just such a horse.

After watching Churchill win the 2,000 Guineas, he surely isn't going to be cut out for this sort of trip and the fact he's so short for the Derby tells you there's no middle-distance superstar at Ballydoyle yet.

Minding clearly takes top billing as Aidan O'Brien's best middle-distance older horse. Her effortless win in the Mooresbridge Stakes this month suggested she has retained all her ability at the age of four and plenty more Group 1 glory surely awaits.

However, it’s hard to escape the fact that she’s at her best between 1m and 1m2f, with her only run over 1m4f to date being an Oaks triumph that clearly stretched the limit of her undeniable ability.

The Queen Elizabeth II Stakes is a more obvious end-of-season target for her once again and O'Brien appears to have another top-class four year-old-filly to fly the flag over 1m4f and beyond in Seventh Heaven.

In contrast, Order Of St George has already proved that 1m4f is no problem for him and, crucially, he proved it in last year’s Arc in the unique surrounds of Chantilly.

Before returning to Longchamp in 2018, Chantilly will stage one more renewal of the race this year and the five-year-old’s third-place finish in 2016 will surely encourage O’Brien to let him take his chance once again.

A trip to Royal Ascot to defend his Gold Cup crown and another crack at the Irish St Leger look likely before O’Brien confirms an end-of-season plan for him. Assuming things go smoothly, all roads could lead to Chantilly once again after that.

There are also some interesting precedents here. Fame And Glory was another Ascot Gold Cup winner for Ballydoyle who ran well in more than one Arc and examples such as Youmzain and Bago prove that older horses can return to produce their best in the prestigious race time after time.

His recent reappearance in the Vintage Crop will have blown away the winter cobwebs and, if he’s still showing all his old sparkle when October rolls around, that 33-1 will look a very big price indeed.

FIRST PUBLISHED 1:17PM, SEP 11 2017
His recent reappearance will have blown away the cobwebs and, if he's showing his old sparkle in October, 33-1 will look very big