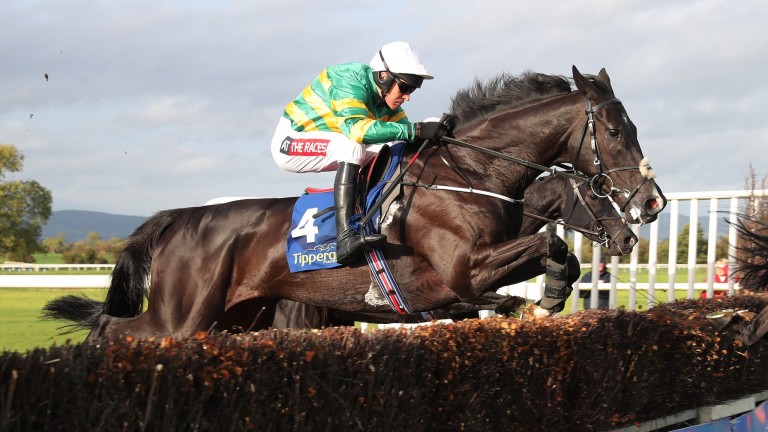 Out of sorts on good ground this season but 21lb lower than when a neck second in this race (on soft) last year and yard is in tremendous form. Will be suited by the return to a soft surface and fancied to go well at a price.

Useful mare is well regarded by trainer Oliver Sherwood and was shaping well in a competitive race at Punchestown in the spring. She had a fall, but has claims if her confidence is not affected.

After a couple of solid efforts in competitive handicaps this looks an inviting opportunity for Sue Gardener's gelding to get his head back in front dropped down in class.

Looks well treated on the pick of a couple of course wins last season and shaped well on ground faster than ideal on his recent reappearance here. Plenty in his favour with a talented conditional up.

There were five hurdle races over 2m at Gowran eight days ago and he recorded by far the fastest time which is a real feather in the cap for a juvenile. This is tougher but he can rise to the challenge.

Made only a moderate reappearance three weeks ago, but plugged on tremendously having been outpaced early on and this step back up in trip looks ideal. Remains only 1lb higher than last winning mark, is entitled to come on for the last run and any further forecast rain should enhance her chances in first-time blinkers.

A smart sort over hurdles, the Joseph O'Brien-trained five-year-old has taken well to fences, winning comfortably on his debut at Listowel before following up over this 2m4f trip at Tipperary where he won by seven lengths. Up in grade here, he can complete a hat-trick under Barry Geraghty.

* There are no tips from Newmarket today

FIRST PUBLISHED 8:00PM, DEC 1 2018
He has taken well to fences, winning comfortably on his debut at Listowel before following up over this 2m4f trip at Tipperary