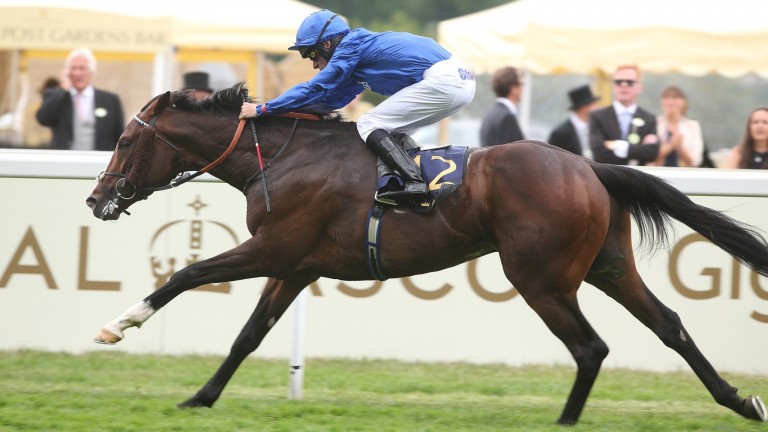 Atty Persse can get involved in next Saturday's Ebor
CAROLINE NORRIS
1 of 1
By James Hill UPDATED 9:54AM, AUG 19 2018

A fantastic week at York awaits us with one of the highlights of course being the great handicap which the meeting is named after. The Sky Bet Ebor will be worth £1 million next year, but it remains a pretty valuable pot in 2018 with last year's hero Nakeeta looking to become the first back-to-back winner of the event in 95 years.

Nakeeta's record on the Knavesmire reads an impressive 4221 and he's sure to go well again. However he is now on a mark of 107, effectively 9lb more than what he raced off last year when the excellent Callum Rodriguez claimed 5lb. Rodriguez is likely to be on board again, although this time he can only take off 3lb, so it's clearly a tougher ask and it's another seven-year-old, and another winner from last year's meeting, who looks better treated.

Lonsdale Cup victor MONTALY was a surprise winner of that Group 2 12 months ago, but it showed his liking for York, and for a horse with his form he's got to take the eye off just 105. That's the same mark he was on when landing the Lonsdale, only this race is an open handicap and the son of Yeats has clearly been given a chance by the assessor if connections decide to drop back from Group company.

That seems to be the way they are thinking with trainer Andrew Balding having suggested a big field and fast-run 1m6f on the Knavesmire would play right to his strengths.

The selection has struggled in Group company since that Lonsdale win, although his two recent efforts at Sandown weren't too bad and crucially he tends to come to the boil around this time of year. Indeed he is two wins from two in the month of August and 33-1 surely underestimates his chance.

The Willie Mullins-trained Stratum is the clear market leader after victory in a hot handicap at Newbury having previously been unlucky not to win the Ascot Stakes at the royal meeting. His claims are obviously strong, although his cramped odds are still plenty to do with the respect bookmakers have for Mullins and shrewd owner and punter Tony Bloom.

With just ten career starts on the Flat we can expect more to come from Stratum, but there are other lightly raced sorts who take the eye at bigger prices, notably the Roger Charlton-trained ATTY PERSSE. Charlton doesn't run many in the Ebor, but we know he's well capable of producing top-class stayers given his achievements with the likes of Quest For More and Withhold.

Charlton also has the much-fancied Blakeney Point lined up for this, but with just eight career starts, Atty Persse has more potential.

The son of Frankel was an impressive winner of the King George V Handicap at Royal Ascot last term and was trained as a St Leger horse after that. However he was never quite right for the rest of that season and a gelding op since seems to have made him more relaxed.

Charlton is hopeful of him getting a bit further and his dam's a half-sister to former top-class hurdler Faasel, so he is nicely placed providing he makes the cut and we get a dry week at York.

FIRST PUBLISHED 6:44PM, AUG 16 2018
Charlton doesn't run many in the Ebor, but we know he's capable of producing top-class stayers with the likes of Quest For More and Withhold