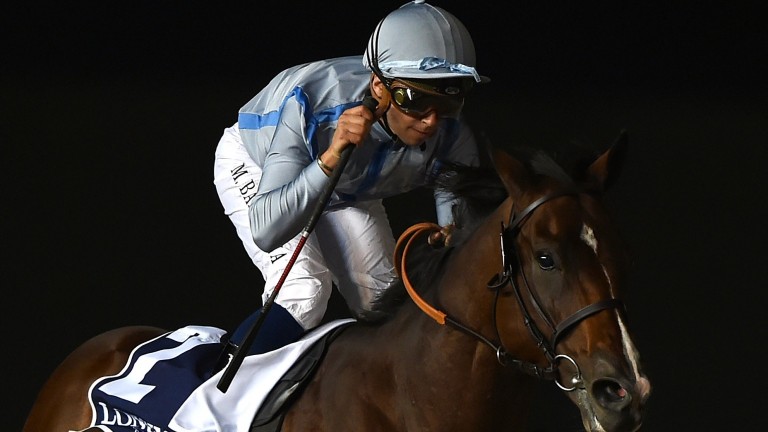 Godolphin have had a winner on this card every year since 2000– bar 2008 and 2015– and will be looking towards Gold Town as their banker this year.The son of Street Cryhas turned the races he has participated in to a procession, including winning the UAE 2,000 Guineas byover ten lengths, and comes into the race in fine form with two wins on the dirt to his name. There are doubts about his opponents as Raaya is stepping up to face the colts for the first time, Mendelssohn is clearly high class and is bred to run on the dirt but his Juvenile Turf win wasn't the strongest, while Reride could be an interesting each-way proposition.

The Al Quoz is the big finale for the turf sprinters and Jungle Cat is hard to oppose. He was fourth in this last year, but I think he's shown plenty of improvement over the past few weeks and comes into this with a solid preparation. The six-year-old accounted for the mighty Ertijaal, who had been beating all before him when cruising to victory 3 weeks ago, and on his first run had beaten subsequent Group 2 winner Janoobi over seven furlongs. Blue Point is the favourite and clearly an interesting sort but I'd rather take my chances backing Jungle Cat, who has proved how good he is on the track.

Thiseight-year-old has been a fantastic servant and has really come into his own this year with some excellent victories– the only time he suffered defeat was over a longer trip last time out. His draw in nine isn't ideal but it's better than most of his market rivals and, if he can get to the front, he'll be hard to peg back, especially with the help of Ryan Moore on board. Heavy Metal started the carnival with a bang in December and should finish it with a flourish too.

FIRST PUBLISHED 8:30AM, MAR 31 2018
Heavy Metal started the carnival with a bang in December and should finish it with a flourish too