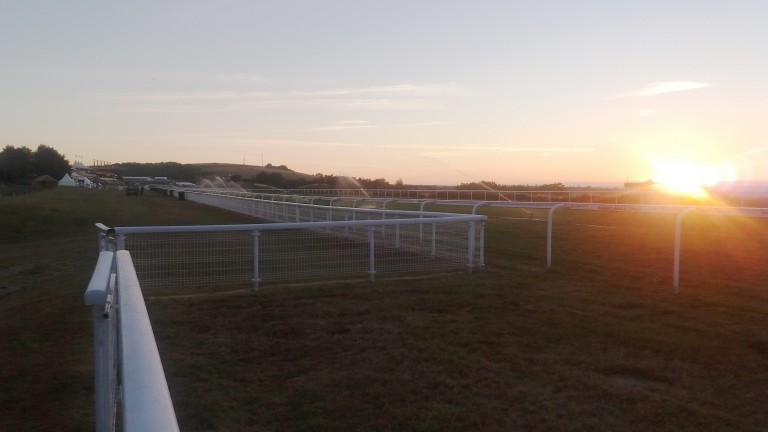 Was unlucky to run into the classy Turgenev when runner-up in a mile novice at Newcastle last time. The son of Animal Kingdom has since worked well on the Limekilns.

Forecast rain is a massive plus for this grey, whose four wins have come with ease in the ground. Up 5lb for the latest of those, but there could easily be more improvement to come.

Unexposed sort who didn't get the run of the race but matched pick of turf form when second to a progressive type on nursery debut over this trip at Wolverhampton last time. Type to make further progress and fancied to go one better back on grass.

Ground and course should beto his liking and has been found a good opportunity to regain the winning habit.

Won this race last year off a 4lb higher mark and showed enough in a higher grade over the summer to think he'll go well in his bid for a repeat success.

Failed to score in just four attempts last season but won this two years ago on his reappearance and can again make an impact.

Has been called a few names in the past but will relish the forecast rain and has won over course and distance previously. He could cause a minor upset for his in-form trainer and jockey.

Testing ground and afour furlong step up in trip should not inconvenience Eric McNamara's easy Listowel festival winner here. The seven-year-old appears to be on an upward curve and can deal with an 11lb rise in the ratings.

Paul Nicholls has had eight runners in the juvenile hurdle at Chepstow (2.15) in the last ten years and they have produced figures of 11115112 (+£10.33 to £1 level-stakes.) Quel Destin is his runner in this year's event.

FIRST PUBLISHED 8:00PM, OCT 13 2018
Won this race last year off a 4lb higher mark and showed enough in a higher grade over the summer to think he'll go well