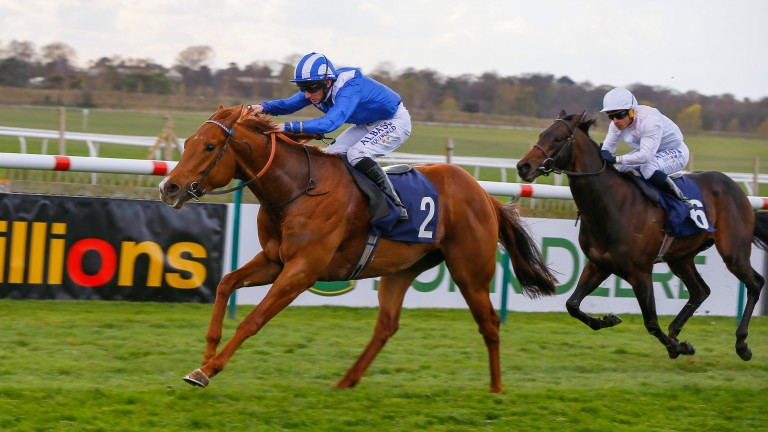 Ibn Malik (3.15 Newmarket)
Has been off for a while, but I’m looking forward to getting him back in the Group 3 Betway Criterion Stakes. He won the Free Handicap last year and was beaten only three lengths into fourth by Ribchester in the Jersey Stakes. He had to miss Haydock’s John of Gaunt Stakes recently, but he goes well fresh having won first time out at two and three. His work’s been nice and I’ve been pleased with him, although it’s a competitive race.

Elizabeth Bennet (2.40 Newmarket)
I’d be a bit worried if there was rain. She’s been very well since winning at Lingfield and this has been the plan, but she’s got quite a quick action and wouldn’t want the ground too soft.

Jack Regan (3.50 Newmarket)
I’m quite keen to get him out and give him a run. He’s taken a bit of time and is a big, scopey horse who will improve with racing.

Gloriux (6.55 Doncaster)
Wouldn’t want it too soft at Doncaster, so we’ll just keep an eye on that, but he’s ready for a run.

The Big Short (8.40 Lingfield)
He was good when winning at Leicester recently. It had been a long time coming, but now it has hopefully we can have a nice run with him.

FIRST PUBLISHED 8:00PM, JUN 30 2017
He had some good form last year when not far off Mehmas and Blue Point in the Richmond Stakes and could be a nice horse