Lightning could be a bolt from the blue this year

Simcock six-year-old ready to step up to top level 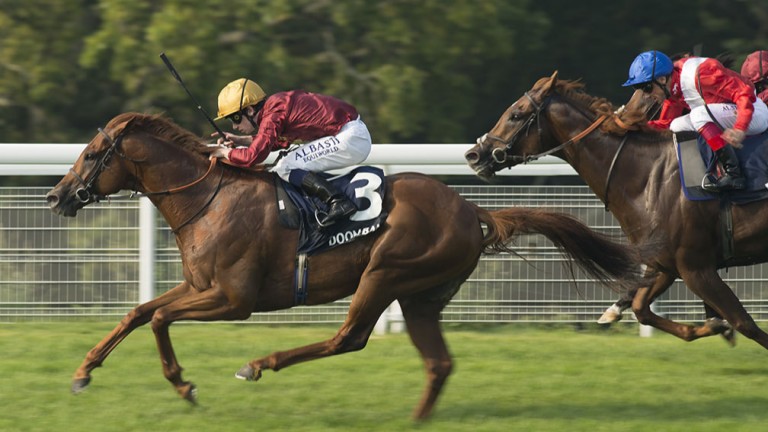 Lightning Spear: showed his true potential at Goodwood
Edward Whitaker (racingpost.com/photos)
1 of 1
By Marcus Buckland 9:13AM, MAY 21 2017

The Lockinge Stakes at Newbury features the two best older milers around if you believe the ante-post markets, but neither Ribchester nor Galileo Gold was unbeatable last season and Saturday's race could be ripe for a minor upset.

The pair also head the betting for next month's Queen Anne Stakes and it's no surprise that Ribchester is favourite for both races.

Richard Fahey's four-year-old has a more consistent profile than Galileo Gold and is said to have thrived physically and mentally since a good run on his return in Dubai this year.

He can be headstrong, but Fahey is confident that the the presence of pacemaker Toscanini could prove a decisive factor for his charge, who will be as at home on soft ground as he would be a quick surface.

However, he has now won just once in five attempts at Group 1 level so he's clearly vulnerable and Lightning Spear could prove the each-way value.

He has only a length to find with Ribchester from the QEII last year and he had won the Celebration Mile at Goodwood.

That maintained his improvement through the season following a move to David Simcock, but he has a fine record when fresh and won first time out in each of his first three seasons.

He looks a decent price at 6-1 and, with Minding starting her campaign over further and Solow yet to return from injury, it might also be the time to back him at twice those odds for Royal Ascot.

FIRST PUBLISHED 9:36AM, MAY 17 2017
Ribchester has now won just once in five attempts at Group 1 level so he's clearly vulnerable