Lastbutnotleast fancied to resume winning ways back over hurdles 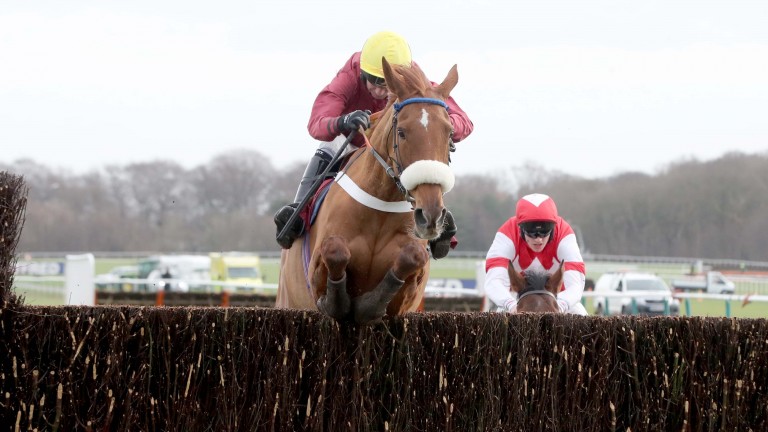 Roger Varian's team are just beginning to roll and this flashy looker takes high order among the ranks if his work on the Al Bahathri is any guide. The three-year-old is fancied to concede 7lb all round and go onto better things.

This grey is a talented individual who is open to more progress for champion trainer Nicky Henderson.

Decent juvenile who showed up well for a long way before fading late on in the Fred Winter last time. Has a great chance at the weights and fancied to take all the beating back in calmer waters.

Reverts to hurdling after three runs over fences. Goes particularly well on testing ground and with conditions to suit is fancied to go well on her handicap debut.

Posted a career best figure under today's pilot at this course in January and looks nicely treated on that form.

Displayed admirable resolution to complete a sparkling treble here a week ago and this progressive five-year-old is expected to be suited by this step up in trip.

Wheels have come off lately, but trip and ground will be fine and is starting to look well treated off a mark of 116.

A dual winner who relishes testing ground, the Fozzy Stack-trained four-year -old will have his conditions on Saturday's Listed sprint and, with improvement likely from his first run of the season at Naas, Chris Hayes's mount gets the vote to account for his three rivals.

Adrian Heskin's only two previous rides at Kelso both resulted in winners and he goes for the hat-trick on Tom George'sWild West Wind in the Liz Adam Memorial Handicap Chase at 3.00.

FIRST PUBLISHED 8:00PM, APR 6 2018
Goes particularly well on testing ground and with conditions to suit is fancied to go well on her handicap debut