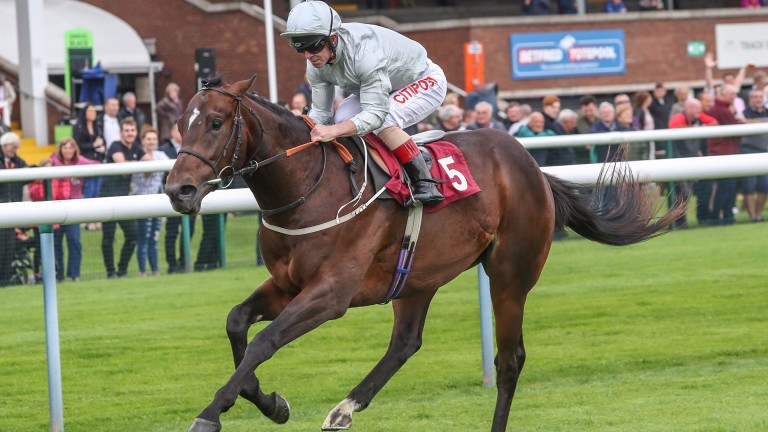 Bypassed a straightforward engagement at Newmarket last Friday on account of the fast ground and should find this surface more suitable. Charlie McBride's speedster is well drawn and has moved well on Warren Hill of late.

The daughter of Oasis Dream was well regarded by Charlie Hills in the summer, but was always likely to need time, which she has had, so no surprise to see improvement from her first outing.

Won in workmanlike style at Wetherby last weekend and makes a quick reappearance. Expected to follow up.

An Irish 2,000 Guineas entry who has shown very useful form on turf and his pedigree suggests he'll be at least as effective now switched to synthetics. Should enjoy the run of the race and player back up in distance.

On a lengthy losing run, but half of his six career wins have come at Musselburgh and he looks well handicapped on his first at today's course since 2015.

Missed the break when sixth in a hot dash at Catterick last month but was far from disgraced and Robert Cowell's sprinter could end his lean spell.

Tough introduction to chasing last time out, but will have no problem with conditions and can't be ruled out.

Although now 20lb higher than when initiating a course hat-trick in September, the Tom McCourt-trained five-year-old clearly relished the surface and he can extend his winning sequence with champion jockey Colin Keane, who has ridden him to his three victories, again on board.

FIRST PUBLISHED 8:00PM, NOV 7 2017
An Irish 2,000 Guineas entry who has shown very useful form on turf and his pedigree suggests he'll be at least as effective now switched to synthetic