Inside draw and crack apprentice make Mojito a tempting cocktail 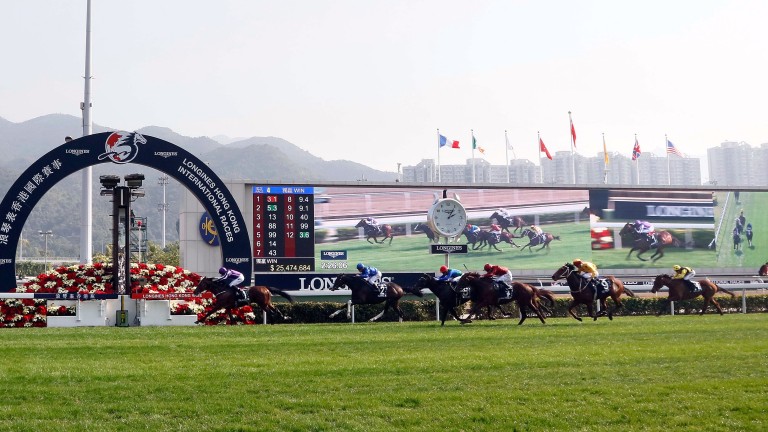 Deciding what to do when a horse reappears after carrying your money into an equine traffic jam can be tricky.

The dilemma when two of your bad beats turn up in the same race is a recipe for double trouble, but let’s hope the drinks are on Royal Mojito after Sha Tin’s Tai Ping Shan Handicap at 8.35.

Apollo’s Choice heads the weights and has to rate high on the shortlist after a luckless fifth here in December.

British caller John Blance summed things up perfectly by saying Frankie Lor’s gelding was “incarcerated on the inside” but the addition of HK’s hottest apprentice Dylan Mo might just tilt the scales towards Royal Mojito.

Royal Mojito also endured a rough passage on his latest start but his third to ultra-progressive Conte over course and distance reads very well.

Mo’s allowance will be reduced soon but the 7lb he claims here is valuable and, with stall one an added plus, anything north of 7-2would look fair value.

Conte faces smart milers as he bids to take his unbeaten run to five in the 8.05 – including German Guineas runner-up Lockheed – but this powerful front-runner is hard to oppose even at odds-on.

Betting on the Waterloo Handicap at 9.10 will be much more competitive and the presence of several trailblazers can set things up neatly for the tough and reliable Strathclyde to have a major say.

The closing Po Yan Handicap at 9.45 is another hot sprint featuring the HK debut of Seven Heavens.

The former John Gosden-trained geldingwill be a smart prospect if he can defy a mark of 86 but that looks a tall order and those who like the inside draw with a good claimer angle might find the rugged Pablosky offers each-way value.