Improving Gold can sparkle if the Star shows his dark side 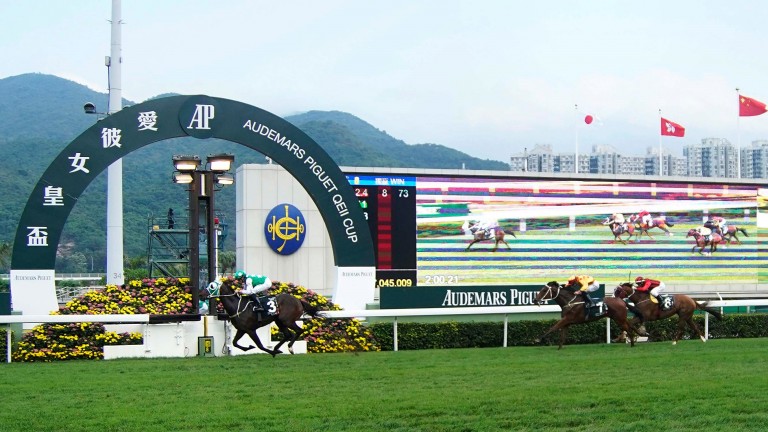 The leopard has finally changed his spots and Pakistan Star will bolt up in HK's final G1 of the season to stake his claim for Horse of the Year honours.

So goes the popular script for the Standard Chartered Champions & Chater Cup (9.05) at Sha Tin but you can't focus on how good Tony Cruz's gelding was here last month without recalling previous offences.

William Buick clearly gelled with Pakistan Star in the QEII Cup over 2000m, letting him lope on a long rein before unleashing a powerful burst that carried him three lengths clear of Gold Mount.

The rest could be playing for places if his latest partner Tommy Berry persuades him to race sweetly again, but taking short odds about a horse who has dropped the lot in various races and trials is hardly irresistible.

Exultant is on a roll after a runaway handicap win, butGold Mount has thrived this season and the former Royal Ascot hero (when known as Primitivo for Alan King) looks value at 6-1 or better now he returns to a 2400m tripthat will suit him perfectly.

Tough handicaps dominate the rest of the card butHappy Sebring impressed with the way he quickened to overcome traffic here three weeks ago and a 7lb hike shouldn't stop him going very close again in the 8.00.

Consort has been a very expensive horse to follow since finishing third to Gleneagles in the St James's Palace Stakes for Sir Michael Stoute almost three years ago but he certainly has the ability to make an impact in the 8.35.

Very early risers could find the speedy Lunar Zephyr tough to peg back in a shallow-looking 6.00, while the fact that good claimer Jack Wong is back aboard for the first time this season suggests that The Full Bloom offers each way value in the 6.30.

FIRST PUBLISHED 8:00PM, MAY 26 2018
The former Royal Ascot hero (when known as Primitivo for Alan King) looks value at 6-1 or better now he returns to a 2400m trip which will suit him