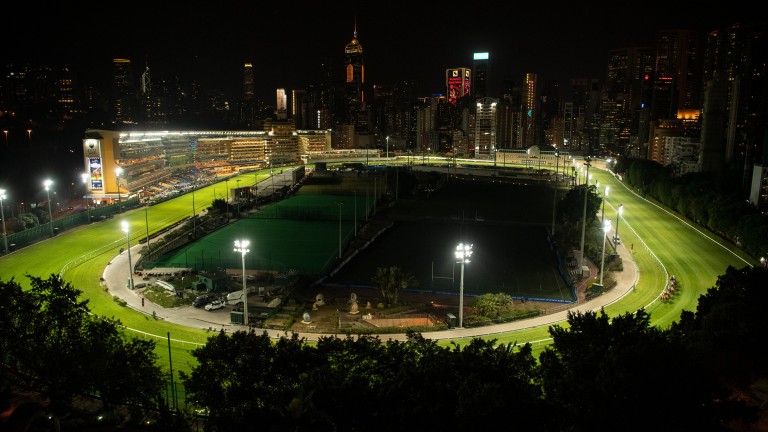 Home-grown talent Vincent Ho could ride his 300th winner on today’s eight-race card at Happy Valley, where crowd restrictions will still be in place as Hong Kong tries to cope with the coronavirus outbreak.

Ho’s best chance of achieving the landmark winner is provided by in-form Happy Good Guys in the Class Four 5f sprint handicap (11.45), in which the four-year-old looks perfectly placed to follow up his win over course and distance on last start.

The son of Zoustar has been placed in his last four races and this time must deal with an 8lb rise in the handicap as well as an awkward draw from gate 11. Nevertheless, he is an improver and looks equal to the task.

Over the last decade, Ho, 29, has established himself as arguably Hong Kong’s best local jockey of the post-Tony Cruz era. He rode a winner for Mark Johnston at Haydock in 2018 and was a member of the winning Rest Of The World team at last year’s Shergar Cup at Ascot.

It would be unusual if Joao Moreira and Zac Purton were not among the winners and each has excellent prospects on the card. Purton’s best appears to be lightly-raced Frankie Lor-trained Winner’s Heart in the Class Four 6f sprint handicap (12.45).

Lor introduced the four-year-old in a 5f dash up the straight at Sha Tin, where his inexperience showed in the closing stages, but his last effort was a cracker when he finished third over the same trip at the Valley, beaten two short heads.

If he continues his anticipated progression, he will be winning again off a mark higher than today’s 54, which looks looks well within his range.

Moreira, who leads Purton in the title race 69-60, has good prospects on Bear Again in the Class Three extended 1m handicap (2.15).

He takes over from Alexis Badel, who rode the five-year-old to victory over course and distance two starts ago, then finished third on him when he ran off a 10lb higher mark.

The style of his four-length win pointed to more improvement to come from the son of South African-based sire Var.

FIRST PUBLISHED 6:00PM, FEB 4 2020
The four-year-old looks perfectly placed to follow up his win over course and distance on last start