Ignore the King George big two for some hefty rewards 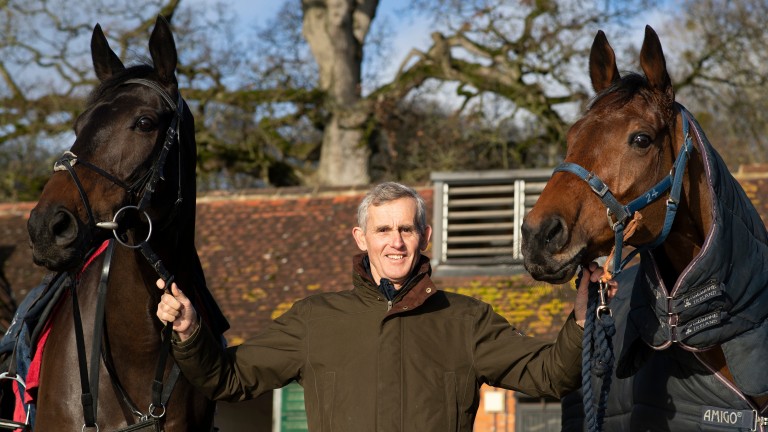 While I will be backing Cyrname with the bookies for the King George, he is very much a win-only prospect and such types rarely make sense as spread bets.

Temptation to take him on in a match bet is tempered by Clan Des Obeaux being placed conservatively on the index, which has presumably been done for the inverse of the reasons stated above.

The King George looks pretty open behind the first two and a cheap buy of the big two's stablemate Real Steel looks the most attractive option. Two runs ago he caught the eye in the Gold Cup, trading as short as 5-2 in-running before failing to stay. Then, on his stable debut, he showed he retains that ability behind Imperial Aura while suggesting he will come on for the run.

A sharp 3m seems like a fair compromise for Real Steel, who remains pretty unexposed overall and is therefore one of the likelier types to improve among those who have moved from Willie Mullins to Paul Nicholls. He would need to improve to win, but third would be more than sufficient to reward his buyers.

Members' Club: regal King George has what it takes to unite racing fans of every stripe

1.50 Kempton: 'On his hurdles form he'd be a strong favourite' – If The Cap Fits excites Fry

2.25 Kempton: 'It will take something remarkable for Epatante to get beat in Christmas Hurdle'

Members' Club: 'It's an open race but Cyrname is in top form' – Harry Cobden joins the Saturday Jury

2.05 Wetherby: A weak Rowland Meyrick? Don't believe it, there is plenty to learn

2.35 Limerick: No Leopardstown for Townend as he eyes Grade 1 with Asterion Forlonge