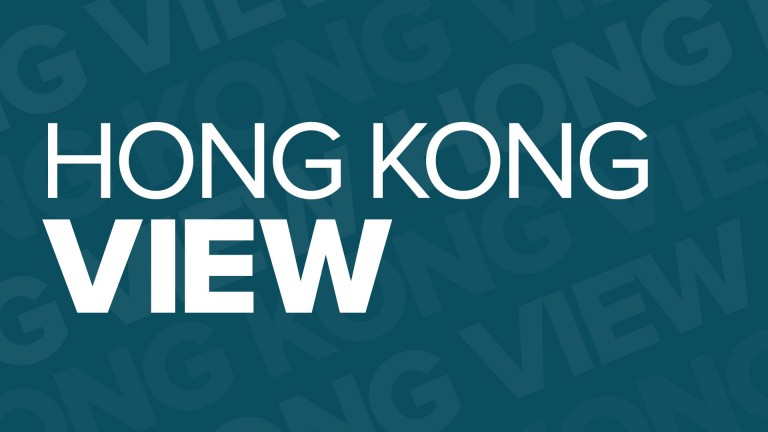 With Joao Moreira ruled out for the next three months because of a nagging hip injury, the way is clear for several riders to seize their chance – and one of them is multiple South African champion Lyle Hewitson.

Under normal circumstances, Silvestre de Sousa would automatically step up but he is under suspension, so it is left to Hewitson, Alexis Badel, Harry Bentley and, of course, Zac Purton to take advantage of the situation.

Hewitson has a cracking ride on the Douglas Whyte-trained SJ Tourbillon, who will be hard to beat in the Class 3 1m1f handicap (3.50), the finale on a tricky eight-race card at Happy Valley on Wednesday.

Many will remember the four-year-old under his former name, Roman Empire, and although he was only 1-5 for Aidan O’Brien, he finished a decent fourth to Hurricane Lane (beaten just over four lengths) after being used as a pacemaker in last year’s Dante Stakes at York.

A subsequent second behind Mohaafeth in the Hampton Court Stakes at Royal Ascot is a measure of his ability, so he looks well handicapped in this grade now he has fully acclimatised.

Whyte, who has struck up a great partnership with Hewitson, will have the gelding primed for only his second start for the stable, having been transferred from Ricky Yiu late last season. The promising Nearly Fine looks the danger in a fascinating race.

Luke Ferraris, another South African, has excellent prospects of landing a double, his first big chance being Trader in the Class 3 6f handicap (2.45). The gelding was a good second on his first outing for new trainer Pierre Ng and looks certain to relish the return to this trip.

Ferraris can also go close aboard the Caspar Fownes-trained Winning Icey in the Class 3 6f handicap (3.15), in which he has most to fear from the Purton-ridden Beauty Glory, who is a progressive type.

Winning Icey was expertly brought along by Fownes, winning over course and distance late last term and then returning for a repeat performance on his seasonal debut two weeks ago. The step up to a Class 3 should be comfortable enough for this significant improver.

Sign up here. New customers online only. Place your first bet on racing pools for a minimum of £/€5 and win or lose you will receive £/€20 Tote Credit. £/€20 Tote Credit rewarded as £/€10 redeemable against racing bets only and £/€10 redeemable against UK and Irish Placepot bets only. Tote Credit cannot be withdrawn, exchanged, or substituted and expires after seven days. Qualifying bet is the first racing pool bet added to the betslip. Ten to Follow, virtual and football bets do not qualify. Totewin will be the qualifying bet when a Totewin and a Toteplace bet are struck at the same time. UK & ROI customers only. 18+. Full T&Cs apply. begambleaware.org.

FIRST PUBLISHED 6:00PM, SEP 27 2022
He looks well handicapped in this grade now he has fully acclimatised