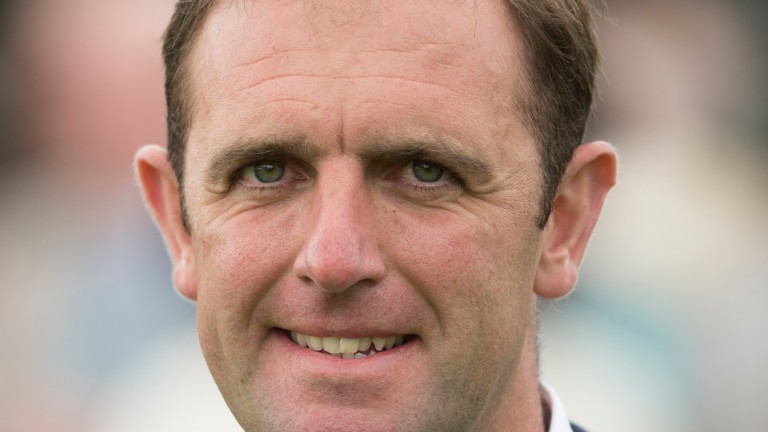 This filly's debut deserves to be upgraded as she refused to drop her head for the first three furlongs and raced very keenly in front. She showed bags of speed and it was to her credit she did not crumble when challenged.

If able to settle better when next seen and bouncing out in front again, she could prove tough to peg back. She holds an entry for a Listed race at York on Friday

Berthed wide in stall one, this filly did not have too much cover to start with but managed to make a decent challenge on the far side, with the main action playing out in the middle of the track.

She made decent headway and, while the bare form does not look anything special, she could improve in a similar contest against her own sex.

This fillies' maiden looks certain to produce winners and among them should be Cardaw Lily for Richard Hughes.

Her pedigree suggests further will be beneficial and she found the early pace slightly too quick, but she was given a nice introduction by Jamie Spencer to come from off the pace for fourth. She can improve again when granted a stiffer stamina test.

There was money for this colt on debut and he showed more than enough to suggest he will be winning soon.

Green and chased along behind the main pack early, he kept finding on the outside, while still running around and looking inexperienced on the undulating track. In the final yards, his jockey had trouble with the reins, but Star Of Zaam still went down by only a neck, with the two ahead of him both making their third starts.

Granted normal improvement he looks like a winner in waiting. From the same race, Monkey Magic rates better than his finishing position, having been squeezed for room against the rail at a crucial stage.

Of the four horses put forward in the column last time, only Spoof had been seen in action when finishing runner-up at Windsor.

He goes again for Charlie Hills on Tuesday at Beverley, while May Remain is also in action on Tuesday evening at Chepstow.

Dontgiveuponbob is set to run at York on Thursday.

The obvious trainer to start with is Charlie Appleby, who is unbeaten with his juveniles so far. All five have obliged, and a common theme has been them winning by small, yet comfortable margins. It is unlikely we have seen the best of all of them yet.

Last month Mark Johnston had only one two-year-old winner from 11 runners, but his team are picking up steam, with five already on the board this month from 12 runners.

Of those to have won, Cardsharp ran very well in defeat at Ascot last weekend under a penalty and should have more to offer over further, while Starlight Mystery has done well to win two already given her pedigree and remains on the upgrade.

A high-class two-year-old, Havana Gold's progeny have inherited their father's ability, and it is interesting that he is already having winners over the minimum trip.

Havana Gold won at 6f, 7f and a mile as a juvenile, but he has already had a trio of winners over 5f, and is three from seven on turf.