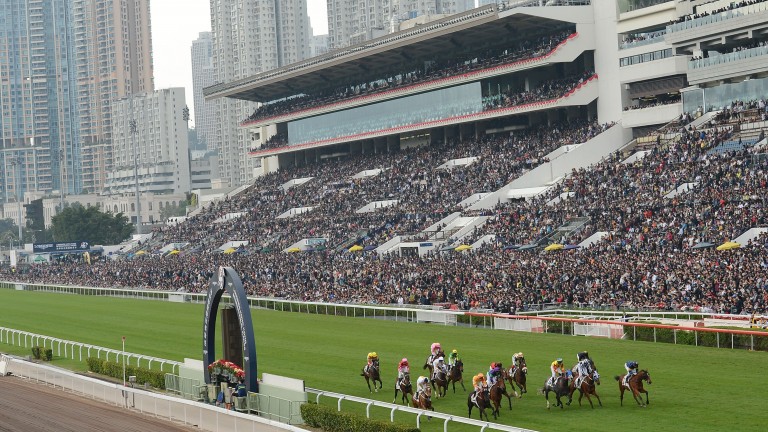 John Moore is throwing everything at clinching the Hong Kong trainers’ title but reigning champion John Size might just be able to tough it out at Sha Tin on the final raceday of the season.

Moore has a total of 12 runners and is represented in ten of the 11 races as he attempts to peg back Size, who leads 76-74, and it could go down to the last race, the competitive Class Two 7f handicap (10.50).

If it does, expect Size to be lifting the championship trophy as his Hezthewonforus, ridden by Joao Moreira, has the perfect credentials to carry this off.

Interestingly, Zac Purton is back aboard the Moore-trained Thanks Forever, who is on trial over the 7f trip, having registered his three wins on the straight 5f course. The champion will try to cuddle the three-year-old from gate five but may not be able to repel the challenges of the hold-up horses swooping late.

Size also has Mr So And So as back-up, and Chad Schofield is never to be underestimated when riding one of the stable’s perceived second strings. He should be included in all multiples.

Purton admits he is unlikely to land the five winners required to better Moreira’s record of 170 in a season but he can still enjoy an excellent meeting, with the Moore-trained Good Standing (9.05) having a strong chance in the Sha Tin Mile Trophy, the final day feature.

The 2017 Queensland Day Stakes winner found the opposition too hot in the Group 3 Lion Rock Trophy last time but, from an attractive inside draw, he can be on the pace all the way in this interesting contest.

Another to note on the final day is the capable Arcada (10.15), the mount of Aldo Domeyer in the mile handicap.

Domeyergets a fine tune out of the five-year-old and was aboard for his victory last time out. Earlier in his career, Arcada dead-heated for third in the G2 Royal Lodge Stakes at Newmarket when trained by Joseph O’Brien.

FIRST PUBLISHED 6:00PM, JUL 13 2019
John Moore is throwing everything at clinching the Hong Kong trainers? title but reigning champion John Size might just be able to tough it out