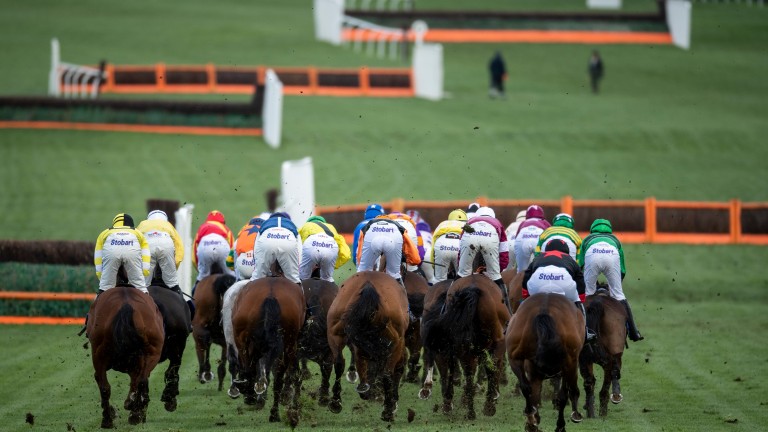 Paisley Park is the shortest-price favourite for any race at the Cheltenham Festival. His odds are skinnierthan Tiger Roll in the Glenfarclas Chase or Envoi Allen in the Ballymore and, after last season's runaway success in the race, it's easy to see why.

However, this year's contest has the potential to be much more competitive than 12 months ago and, while Paisley Park is still clearly the most likely winner, I think he's way too short a price given the potential opposition.

Among the alternatives isApple's Jade, whoconnections have mentioned for this race. She has been quickly dismissed by punters and bookmakers after her disappointing end to last season and her poor start to this one, but she bounced right back to her best at Leopardstown over Christmas and I reckon she has been prematurely written off.

While Cheltenham probably isn't her ideal track, I think the New course, which the Stayers' is run over, will suit her far better than the Old course. Shestays three miles well,is a previous festival winner and will receive a healthy 7lb from the boys.

Sheissuperiorto any horse Paisley Park faced last year and at 14-1 is way too big a price to ignore.

The other to backante-post is another former festival winner inSummerville Boy. There are risks attached because if he's well beaten by Paisley Park in the Cleeve Hurdle on Saturday he probably wouldn't even run in the Stayers'.

However, it's worth chancing him for a few reasons. He's a huge price at 25-1 considering he's won a Supreme Novices' Hurdle and he was reallystrong close home over 2m4½f at the track on his return from chasing recently.

That form shouldn't be underestimated because the two who chased him home, Roksana and William Henry, were festival winners last season and everything about him strongly suggests he is going to improve again for the step up to three miles.

Most of Summerville Boy's relatives stayed well and more importantly he's settling much better than he used to. He has a similar profile to Nichols Canyon and Solwhit, two former winners of the race who were stepping up tothree miles having shown top-class form over the minimum trip.

If The Cap Fits is interesting too. He stayed on well to pip Roksana and Apple's Jade at Aintree when upped to 3m½f last season and looked even better when winning at Ascot under a penalty on his return.

He is also due to run in the Cleeve on Saturday but it makes no sense to back him for the Stayers' at 8-1 ante-post, especially as he has never run at Cheltenham.

Of the rest, there has to be a chance that at least one of the first three home in last year’s Ballymore turns up. Indeed, yesterday it was announced that the winner City Island’s chasing career was being put on hold, with the Stayers’ Hurdle his new target.

If Ballymore runner-up Champ doesn’t jump well on his next chase start he could easily switch back to hurdles too.

Champ would be of great interest ifshowing upbut the plan appears to remain novice chasingand he's only 5-1 with firms offering non-runner no bet.

FIRST PUBLISHED 6:00PM, JAN 21 2020
He's a huge price at 25-1 considering he's won a Supreme Novices' Hurdle and he was really strong close home over 2m4½f at the track on his return