Feeling lucky? Our tipping experts give you their best bets for Sunday's action 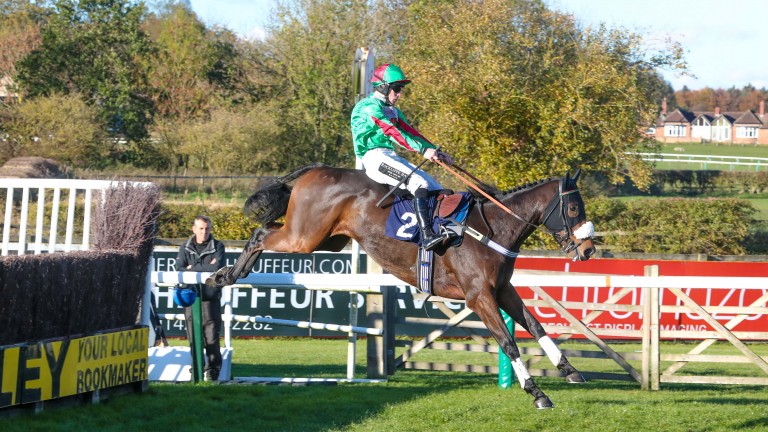 Created a fine impression when winning both starts over fences and had his latest Kelso form franked when runner-up scored next time. Up 9lb but fancied to extend unbeaten run in this sphere.

French recruit shaped with enough promise on his British debut at Cheltenham in November to suggest he should be up to winning a race like this. A cut has kept him off since, but he is ready to go now.

Punters got no run for their money at Fontwell last time when this five-year-old parted company with Richard Johnson at the start and connections are hopeful compensation awaits.

Got off the mark for his current yard when winning cosily over fences at Exeter lasttime and looks weighted to follow up on the switch back to hurdling.

Yet to win under rules but was a decent third behind Duca De Thaix the last time he ran in handicap company and has an each-way chance here.

Reached the frame on the Flat and over hurdles in France and made a promising British debut at Cheltenham in November. He looks poised to shed his maiden tag.

Has yet to score over hurdles but twice a winner on the Flat and his last two runs were encouraging. The form of his Leopardstown second to Try Again last month has been boosted by the third and the fifth winning since. He gets the vote to score under Andrew Lynch.

*There is no Newmarket tip for Sunday's action

Since the start of 2016 trainer Harry Fry issix from 12in handicaps at Fontwell, boasting a £14.79 profit to a £1 stake.Goodnitesweetheart won at the track when last seen in 2017 and she goes in the 2m6f handicap hurdle at 4.00.

FIRST PUBLISHED 8:00PM, JAN 26 2019
Created a fine impression when winning both starts over fences and had his latest Kelso form franked when runner-up scored next time