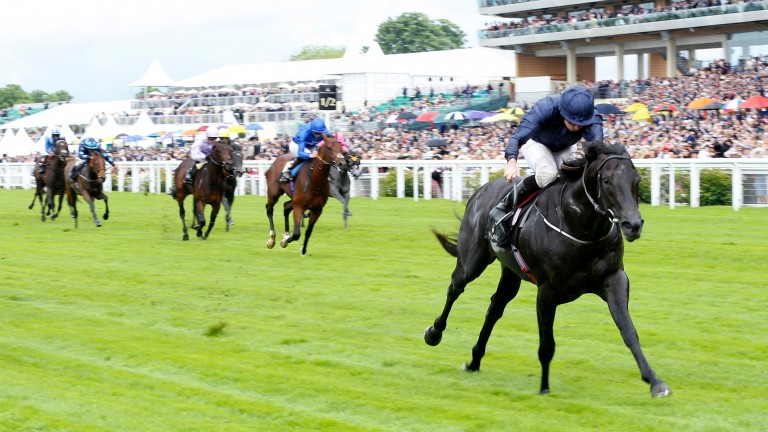 French raider Fas has been seriously underestimated in the Commonwealth Cup and looks a cracking each-way bet at 20-1.

Pia Brandt's colt had shown good form without setting the world alight last season, but he has clearly improved over the winter and now looks a very smart sprinter having won twice at Chantilly.
Always in control from the front on ground softer than ideal on his return, he then took a big step forward in the Group 3 Prix Sigy (won by Commonwealth Cup winner Quiet Reflection last year), this time on much faster ground.
He broke smartly, travelling powerfully at the head of the vanguard, and showed excellent speed to quicken away when Maxime Guyon asked him.
Easy French Guineas winner Precieuse came out of the pack to chase him home but could never close the gap, finishing more than three lengths behind with a healthy distance back to the third.
The unbeaten Mrs Danvers was sent off at odds-on but could finish only sixth, struggling to run at the pace set by Fas, whose winning time was the second fastest in the races history.
Fas has potential to improve further, especially if the ground is riding fast, and goes to Ascot in peak form.
Having beaten a Classic winner comfortably, he probably brings the best form into the race, at least on par with Blue Point and Harry Angel, who are very closely matched and much shorter prices.
It might be harder to see off Aidan O'Brien's unbeaten speedster Caravaggio, who is a worthy favourite and the most likely winner, but he's short enough given the depth of this race.
Caravaggio will have the race run to suit his running style and has proven form over course and distance having won the Coventry Stakes impressively last year, but the ground should be much faster this year and he's not guaranteed to relish it.
He did win the Phoenix Stakes on his only start on good to firm, but that was an uncompetitive in which where he started at 1-8.
FIRST PUBLISHED 1:09PM, JUN 14 2017
Bookmaker
Price
E.W. Terms
bet365
Open Account
Ladbrokes
Open Account
William Hill
Open Account
Coral
Open Account
Paddy Power
Open Account
Betfair
Open Account
Sky Bet
Open Account
Sporting
BetVictor
Boylesport
888sport
TODAY'S OFFERS
TODAY'S BOOKMAKER OFFERS
Exclusive to new customers: