Fancy a punt? Best bets from our experts on day one of the Dante meeting 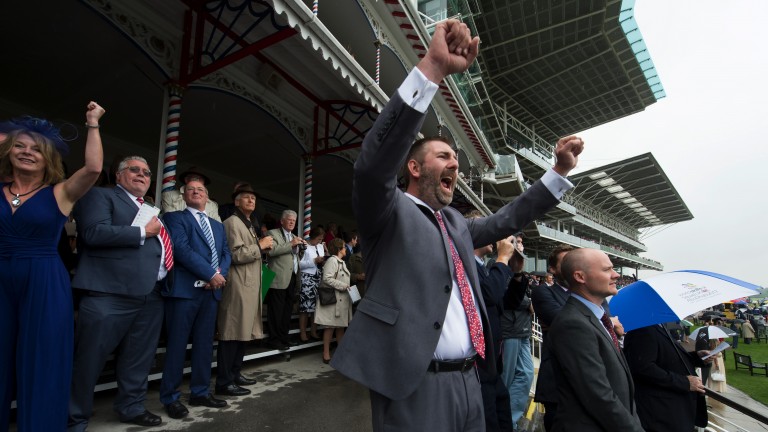 Powerful Dream(5.55 Bath)
This dual course-and-distance winner can race off a 2lb lower mark than when runner-up here last week and a repeat performance would make her hard to beat.
Paul Curtis

Sparkle Roll(3.35 York)
This John Gosden-trainedfilly hascome on for her comeback win at Sandown, should be suited by this galloping track and can book her Ribblesdale slot.
David Milnes

Indianapolis(1.50 York)
A lightly-raced Coolmore cast-off who put up a decent effort on his reappearance. That should encourage connections to believe they can have plenty of fun with him this season and he is unexposed on turf.
David Toft

Aljady(2.25 York)
Developed into a very promising sprinter last term, winning twice and finishing second in a strong race at Ascot.More to offer now gelded and he should run a big race as long as the draw is okay in 22.
Paul Kealy

Savalas(2.25 York)
In sparkling form around this time last year and earned career-best figures when runner-up overthis course and distance. Off the pace a bit since but still capable of a bold show.
Dave Edwards

Yafta(3.00 York)
Progressive last year and plenty of promise about return in Abernant last month. Hails from a classy sprinting family and there is more to come.
Ben Hutton

Arecibo(2.25 York)
An interesting recruit for the in-form David O'Meara, who has won this race twice in the last four years. The four-year-old looked in need of the run last timeandcould take a big step forward.
Ben Harris

Charlie Appleby has won with four of his last ninethree-year-old runners in York handicaps since the start of 2015. The last three to fit that criteria have won andSpace Blues (4.05) looks to extend that sequence.