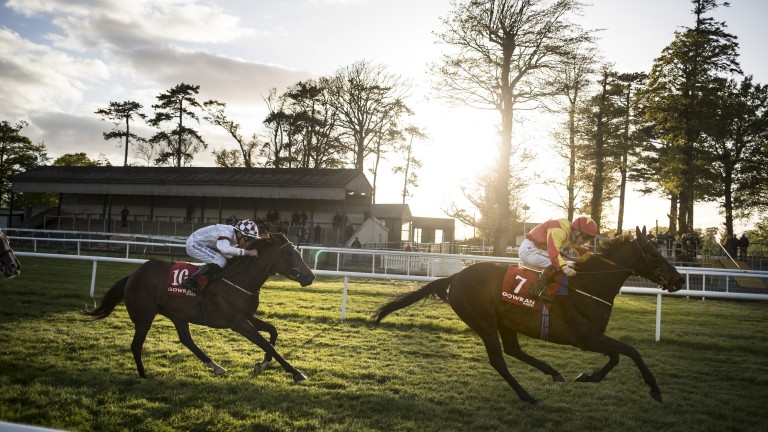 Using the Racing Post's unrivalled bank of stats, we pick out three horses to back tonight based on trainer form, RPRs and, tonight's wild card, a red-hot top team . . .

Henry de Bromhead has enjoyed five winners, including Grade 1 success with Ornua, from 19 runners in the last fortnight, operating at a 26 per cent strike-rate.

His attention turns to the Flat this evening with two runners, most notably Paris Duvet in the three-year-old 7f handicap.

Wayne Lordan's mount has ran with promise in two starts at Dundalk this winter and could strike on her handicap debut off a mark of 64.

That promising start to his career puts him 13lb clear on RPRs over closest danger In My Business at the weights and he can go one better with Colin Keane in the saddle.

Dermot Weld and Chris Hayes sit in the hot trainers and jockeys sections in today's Signposts and they team up with four runners this evening.

The most intriguing runner for the in-form combination is Hasanabad, who returns from a year off the track but has attracted support for the 1m6f finale.

The four-year-old will have to prove smart to overcome the triple-figure-rated Twilight Payment and Whirling Dervish at the weights, but there was plenty of promise about his debut third behind the talented Hunting Horn and Latrobe last year and it would be no surprise to see him run well.

FIRST PUBLISHED 2:53PM, APR 9 2019
The most intriguing runner for the in-form combination is Hasanabad, who returns from a year off the track