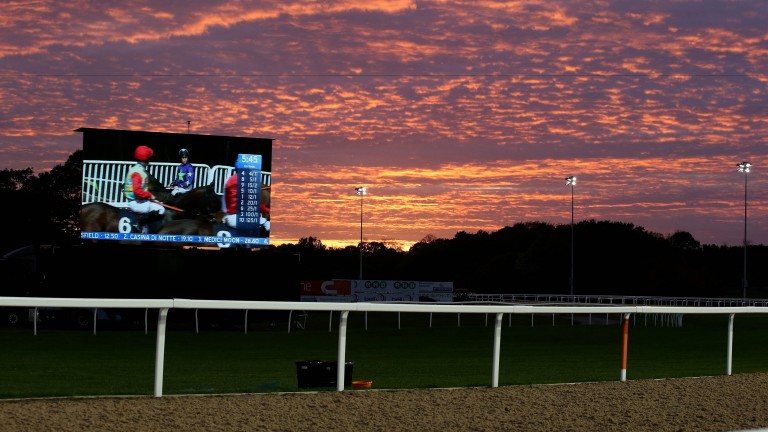 Using the Racing Post's unrivalled bank of stats, we pick out three horses to back tonight based on trainer form, notable newcomers and, tonight's wild card, an eyecatching jockey booking . . .

Philip Kirby has been in great form in the last fortnight, winning with a third of his runners– although he has yet to record a Flat winner in two attempts this year.

The trainer sends out Stargazer, who has not finished outside of the top three on his last four all-weather starts, with his last win coming here in December.

The six-year-old renews rivalry with Busy Street, who he finished second to on his penultimate start, and will have to be on top of his game to compete with Lucky Deal, who looks a good prospect.

Given the ammunition at John Gosden's fingertips, it is unsurprising the trainer has a good record with three-year-old newcomers on the all-weather, operating at a 18 per cent strike-rate.

His success rises to 50 per cent with his six three-year-old debutants at Newcastle and he sends out El Misk tonight.

The well-bred colt is the son of Igugu, a Group 1 winner with a RPR of 115, and he could be one to keep an eye on.

Jockey Andrew Mullen and Ben Haslam have been operating at a 27 per cent strike-rate when combining on the all-weather at Newcastle this season, with six wins from 22 runners.

They team up again with Blazing Dreams, who is coming down the weights after finishing third on his last two starts in handicaps here.

Winless in nine starts, the three-year-old reverts toseven furlongs after trying a mile last time and should be considered.

FIRST PUBLISHED 4:34PM, APR 1 2019
Philip Kirby has been in great form in the last fortnight, winning with a third of his runners

Strong start for the north but Newmarket Red end Racing League day one on top Nasty incident for Hart as jockey is stood down after being kicked by his mount Racing League tips: race-by-race guide to the first meeting at Newcastle tonight Spotlight Lucky 15 tips: four horses to back at Perth and Worcester 'As long as it is not a crawl, I am confident in saying she is overpriced' Spotlight Lucky 15 tips: four horses to back on day one of Glorious Goodwood