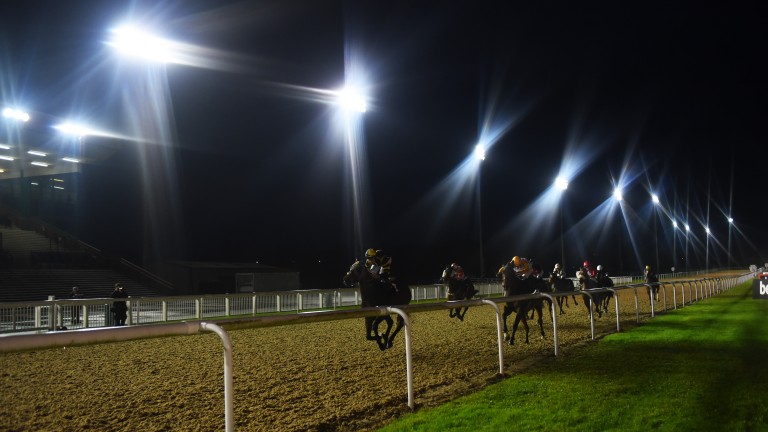 Usingthe Racing Post's unrivalled bank of stats, we pick out three horses to back at Wolverhampton tonight based on trainer form, RPRs and, tonight's wild card, a quick repeat bid . . .

Follow A Dream
6.15 Wolverhampton
Angle: John Gosden is 4-9 in the last two weeks

John Gosden has been hotter than the generally unseasonal winter weather in the all-weather championship with 42 winners at a 31 per cent strike-rate.

His four winners in the last fortnight were all short prices, including another newcomer Questionare over this course and distance last week, and Follow A Dream is a well-bred debutante with a Grade 1- winning brother in a race the Newmarket trainer won last year with odds-on Bowditch.

This three-year-old has moved to Newmarket and Paul D'Arcy from Darren Bunyan's stable in Ireland after three runs, two on the all-weather at Dundalk, and has been gelded.

His RPR gives him 2lb in hand and Topspeed gives him a 77-65 advantage over Plumette, who has finished second in her two runs. There has been a significant move in the market for him as well from as big as 5-1.

Charlie McBride enjoyed a double at Newcastle four days ago and one of them, Simba Samba, failed by a neck to double up at Kempton yesterday.

A good season for the Newmarket trainer is a total in the high teens, so three winners from his last eight runners is eyecatching and he has kept last week's winning claimer Phil Dennis on Camachess, who escaped a penalty for the Newcastle win as it was an apprentice race. She races off a 3lb lower mark tonight and has been declared for Kempton on Wednesday.

FIRST PUBLISHED 4:35PM, MAR 12 2019
Follow A Dream is a well-bred debutante with a Grade 1 winning brother in a race the Newmarket trainer won last year with odds-on Bowditch