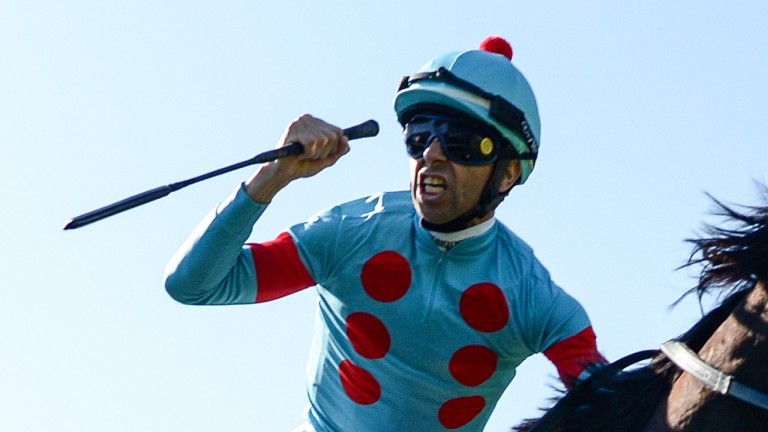 Hong Kong’s eight-race card at Happy Valleywill take on added importance as it attempts to fill part of the void left by the cancellation of racing in Britain and France because of the coronavirus pandemic.

The racing world will be aware that Hong Kong imposed its first lock-out of punters as early as January, and imposed even more stringent precautions the following month, restricting raceday attendance to owners, trainers, jockeys, grooms, and essential media and officials.

That policy continues, but Hong Kong has still been able to keep racing and satisfy the demands of local punters watching from home on TV and betting online. Long may it carry on.

Joao Moreira is again the jockey to follow, withCountry Star in the 6f Class 2 handicap (2.50), arguably the best of his seven rides.

The Starcraft four-year-old notched up fivevictories last season but has failed to win in six subsequent starts.

His rapid rise through the ranks was impressive– he runs off a mark 48lb higher than when he started his career – but it had to stop somewhere.

Curiously, it may just have been lack of maturity that halted the rise of this John Size-trained sprinter.

His last run left the impression he could remain very competitive higher in the weights in Class 2 company. He finished last of seven in a Class 1 handicap, won by Hot King Prawn, but ran a cracking race up front and was beaten only two and a half lengths by the winner, who is championship class.

This is undoubtedly the best race on the card, with other chances being strong-closer Waldorf, as well as the brilliant Amazing Star, who is certain to be set alight from a wide draw, and Styling City, recently transferred to Frankie Lor from John Moore.

Trainer Jimmy Ting has worked wonders with Amazing Star, saddling him for a series of wide-margin wins and leap-frogging his way to the top grade. But it came unstuck when he was beaten on his last start. However, Ting believes there were valid excuses.

Amazing Star got rid of his rider in routine trackwork nine days before, then proved a handful at the start of that race. Zac Purton is talking him up and seems confident the gelding can put those bad experiences behind him.

Moreira and Size can also combine to win the Class 4 6f handicap sprint (1.15) with Victory Mastery, who, although a maiden after five races, gives every indication hewill be a force in the middle grades.

The Foxwedge three-year-old has turned in excellent runs over course and distancein his last two starts, finishing from well back. Most recently, he came home powerfully to be beaten only a neck, This time, despite another wide draw, he is the one to beat.

Purton, who has closed the gap to four (83-87) with Moreira in their title battle, can start the meeting with a win on veteran stayerGarlic Yeah in the Class 5 1m3f handicap (11.15). A strong pace is required, but he might just get it.

Garlic Yeah, by stamina-influence sire Savabeel, won a 1m1f handicap at Sha Tin for Purton two years ago. He knows the gelding well, knowledge that he is certain to put to good use.

FIRST PUBLISHED 6:00PM, MAR 17 2020
His last run left the impression he could remain very competitive higher in the weights in Class 2 company

'This is a dream' - Zurekin a gallant third for the Leech team in Prix la Barka 'I wish the Cox Plate was in two weeks' - Zaaki stars for rookie Brit trainer Fury, lawsuits but 'no flailing away': how US no-whip racing has been received Broad use of stallions strengthens Godolphin's hand in Europe and United States 'Ridiculous rule' - Irish trainers frustrated by ban on some runners in Britain Irish betting shops suffer significant drop in turnover since reopening