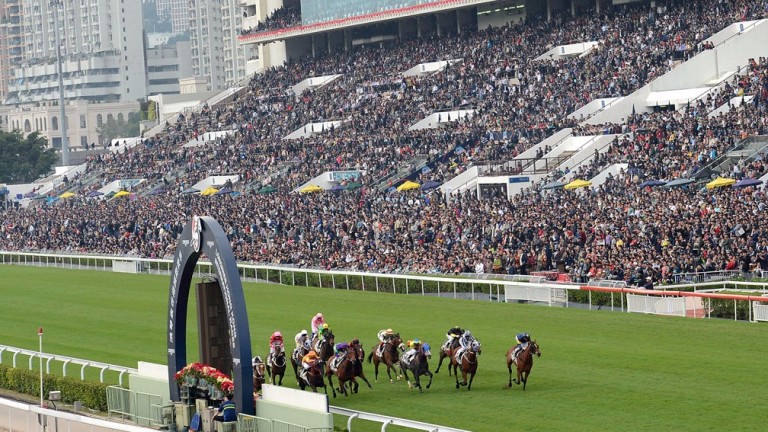 Silvestre de Sousa has quickly established himself in the top bracket in Hong Kong this winter, which is no easy feat considering the competition and behind-the-scenes sniping to which jockeys are easy prey.

The triple British champion has already ridden 17 winners this stint, at an impressive strike rate of 13.5 per cent. He has alsoridden winners on eight of the last nine racedays.

It is nosurprise then that he has been booked for nine rides on the 11-race New Year's Day card, and the best of them may be the improvingPakistan Friend (9.10) in the Class3 mile handicap.

De Sousa was aboard last time when the chestnut son of Not A Single Doubt defied his rivals for a solid win in similar company. This time, he has a terrible draw (on the extreme outside) but has the ability and potential to keep climbing through the ranks.

The feature on the card is the Chinese Club Challenge Cup, a Group 3 7f handicap that has attracted a really talented bunch,including last-time-out winner Conte, who must cope with a significant step up in grade.

Not many doubt that he will measure up eventually, but whether it is this time against the smartRattan (8.35), a course-and-distance specialist, is another matter. Richard Gibson has done a good job nurturing the talented Rattan, who isnot far from being a top-liner.

John Size and Joao Moreira also havelive chances, the best of which isCountry Star (8.05), a winner of three of his five starts and a sprinter with untapped potential, who is tipped to land the Class2 6f handicap.

There is confidence he will cope with both, but more worrying is his outside draw of 11 and the stepup in grade.

FIRST PUBLISHED 8:00PM, DEC 31 2018
Richard Gibson has done a good job nurturing the talented Rattan, who is not far from being a top-liner