Dance and Defi two to conjure with for Champion Hurdle success 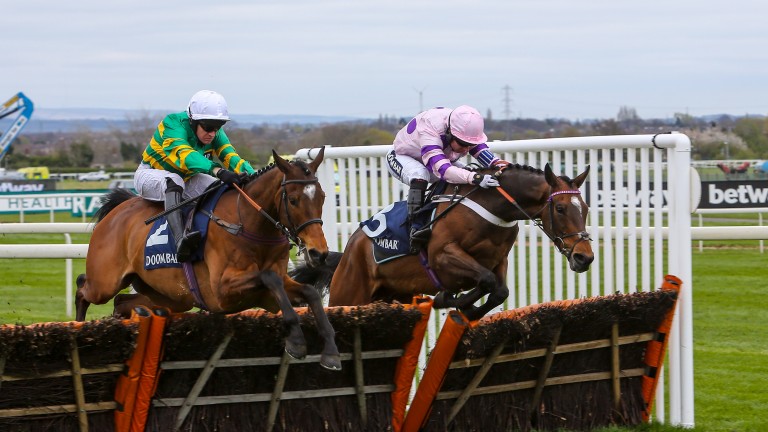 IT IS normal for Willie Mullins horses to confuse ante-post markets and nowhere is this more apparent this season than in the Champion Hurdle.

Yorkhill could win this, could win a Gold Cup, could win a Ryanair Chase, Stayers’ Hurdle and most other things if Mullins wanted him to.

But what does Mullins want him to do? That is the question and it may not be resolved for some time yet.

Therefore a safer option at this stage would be to back Defi Du Seuil at 8-1, safe in the knowledge that he is staying over hurdles this season and this will be his aim should he prove up to it.

That’s the big question, of course, and everyone knows it is not an easy transition from champion juvenile to champion hurdler, but if any horse has the tools for the job it is this one.

He was exceptional when it mattered in the Triumph Hurdle, having the race won turning for home, and it was a performance that made people who had been sceptical of his talent previously sit up and take notice.

Having begun his campaign at Ffos Las, Defi Du Seuil had won Chepstow’s Finale Hurdle in deep ground and that resulted in doubts as to how he would handle quicker ground at the festival. But his jumping was more solid than ever and conditions didn’t bother him one iota.

A subsequent Grade 1 win at Aintree was rather less inspiring, but that was understandable coming at the end of an eight-race campaign.

Pre-Christmas, the International Hurdle looks the ideal race for him to go for and, given his Cheltenham record, it would be no surprise if a win there saw him shorten considerably for this race.

There is already only one horse ahead of him in the market, underlining the fact there are few standout contenders at this stage, and while the favourite, Buveur D’Air, is a very good horse, he isn’t necessarily one to be running scared of.

Buveur D’Air made an impressive return to hurdling during the second half of the season and proved himself more adaptable ground-wise than he had been in his novice season, when soft going appeared to be what he needed, as his last two wins at Cheltenham and Aintree encouragingly came on good to soft and good ground.

However, while he may well improve again, he will almost certainly need to given he was only beating the ten-year-old My Tent Or Yours last spring.

I’m also interested in Let's Dance, although I realise I’m being quite contradictory in doing so.

The Mullins mare has at least as many options this season as Yorkhill does and could easily stay in the mares’ division.

However, owner Rich Ricci also has Limini and Vroum Vroum Mag to play with there and a couple of easy wins might see Let’s Dance start being given a mention or two.

First of all, you can forget her defeats at Fairyhouse and Punchestown late last season when Mullins was chasing the Irish trainers’ title. Everything was being wheeled out at that stage when plenty had done enough for the season.

Let’s Dance had been impressive prior to that, putting together a five-race unbeaten run that culminated in a victory at Cheltenham in the Grade 2 Trull House Mares’ Novices’ Hurdle.

Admittedly the form of that win doesn’t make her an obvious contender for this, but there was something about the way she sluiced through the pack to win going away that was seriously impressive.

She certainly didn’t look slow despite being dropped in trip from 2m4f and having the stamina for that longer distance can be a big help in this race.

She improved throughout the main chunk of last season and there’s no reason why she shouldn’t do so again.

Stablemate Faugheen is harder to fancy as the 2015 winner has had a long time off the track and will be ten next year.

The last horse to win at that age was Sea Pigeon in 1980, which highlights the enormity of his task, and it would make more sense for him to go up in trip for the Stayers Hurdle – assuming injuries haven’t robbed him of his talent completely.