The Lambourn trainer talks about his runners 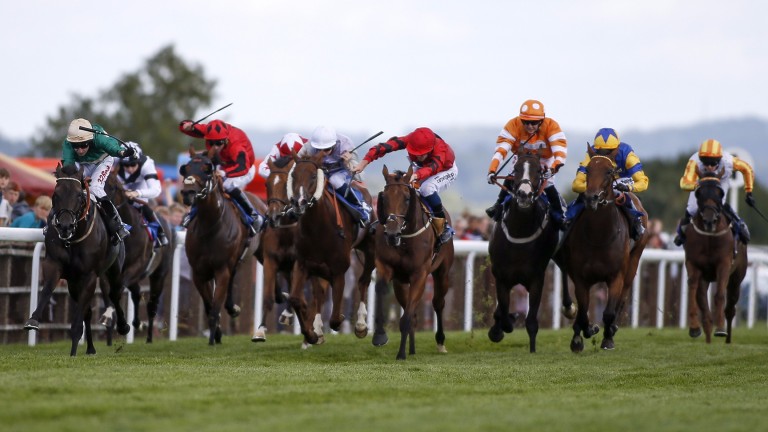 Gossip Column (1.55 York)
It’s going to be very hard for him to win a race at York like this, but he’s had two solid runs and decent ground would be a plus.

Angel Of Darkness (4.50 York)
It’s a very valuable race, but she’s been in great form all year, winning a couple and always banging on the door. Her wins have been over six furlongs, but she’s capable over seven furlongs, especially at a track like York.

Spoof (2.05 Chepstow)
He’s been disappointing and I’d sooner run him on quicker ground.

Exquisite Ruby (2.35 Chepstow)
She’s been ready to go for a while, but we’ve just been waiting on the ground and it’s been very frustrating.

Bradfield Magic (3.10 Chepstow)
Ran her best race at Salisbury last week. I was delighted with that and just hope this doesn’t come too quick.

FIRST PUBLISHED 9:59AM, AUG 24 2017
Gossip Column has had two solid runs and decent ground would be a plus