Channon's Arcadian Rocks among four set to improve for the run 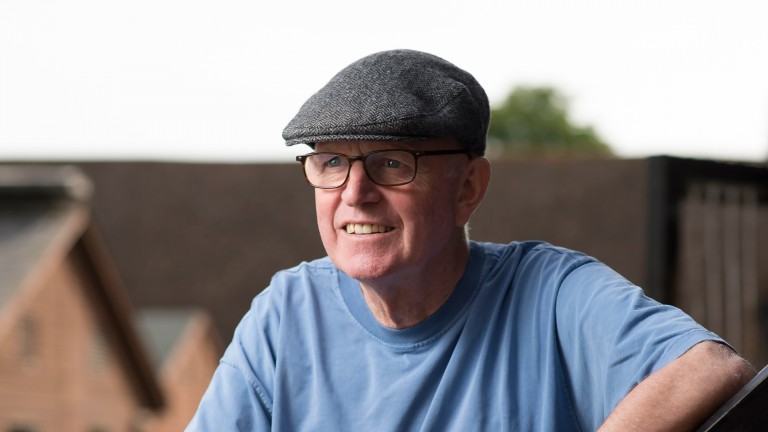 Mick Channon: has started the season in red-hot form with his juveniles
Edward Whitaker (racingpost.com/photos)
1 of 1
By David Baxter 6:00PM, MAY 8 2018

Hopefully not a sign of things to come, but there's been some early crossbar hitting. Tizwotitiz put in a much better effort at Nottingham but just failed and the third from that race has won since, so hopefully he can go one better soon.

Deep Intrigue was a bit disappointing at Musselburgh as he couldn't justify odds-on favouritism, finishing second, but he should still find an opening sooner rather than later.

While, Sesame improved a touch at Bath – perhaps she can come forward again in her next couple of runs.

Mick Channon's juveniles have to be respected given how he has started the season, and this colt should be able to improve his record soon.

Having travelled well on testing ground, Arcadian Rocks hit the front but failed to quicken and was run out of it.

On a sounder surface, he should be capable of better and is due to run at Chester on Thursday. He has the plum draw for that race in stall one.

Despite having already had a run, Wolf Hunter was remarkably green round the bend at Kempton and looked like he was going to be well beaten after going very wide.

However, he kept staying on down the straight and was only beaten five lengths in a remarkable effort. If staying straighter next time this colt should be getting closer.

The fifth from the race, Brelades Bay, should also be noted as he took the eye with a strong-staying effort late on.

A troubled passage meant this colt did not get as close as he could have done on debut and he should be up to winning a novice event soon.

Having been at the rear of the field, Cosmic Law ran into the back of runners when wanting a gap and had to wait. That checked his momentum and left him staying on without being dangerous.

Time will tell but this might be a good race to follow. Most of the field looked like they will benefit from an extra furlong, including this colt.

He travelled well just off the pace, but then wandered around going into the dip. Fanaar then kept going to the line under hands and heels and was beaten just over three lengths. His pedigree has plenty of stamina influences, so he might need to wait until 6f races are available.

As fast starts go, two winners and a second from three runners is Usain Bolt-esque. Clive Cox holds this exceptional record with his two-year-olds and his juveniles have to be given close consideration.

Robert Cowell may only have the one winner on the board so far from his crop, but several have shaped with promise and his winners column could be changing for the better in the coming weeks.

Morpheus was an effective miler during his career on the track so it is encouraging to see him already have a juvenile winner with James Watt at Brighton.

Another of his progeny, Made In Lewisham, showed some ability on debut and he might prove an affordable source of winners.

FIRST PUBLISHED 6:00PM, MAY 8 2018
Morpheus was an effective miler during his career on the track so it is encouraging to see him already have a juvenile winner