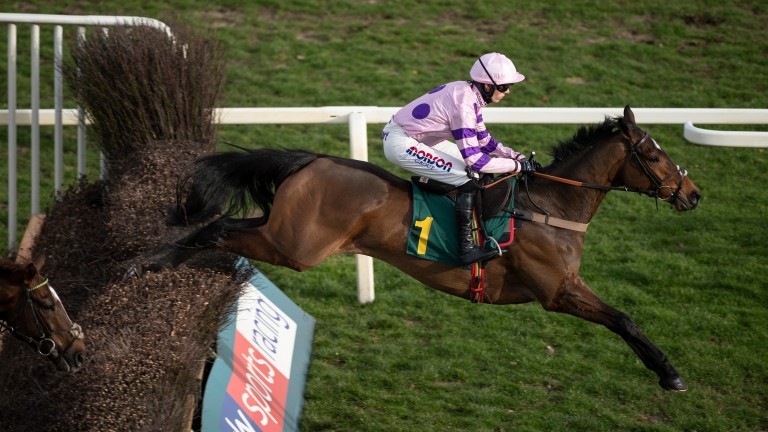 We are treated to big fields on the final day of the Cheltenham Festival, with an average of 19 runners set to go to post in the first six races.

Placepot punters will be hoping for a bumper payout should they make it all the way to the end and it is wise to play safe early on with multiple selections in the opening few races.

The Triumph Hurdle (1.30) has been talked about in great length in recent months but the Paul Nicholls-trained Solo is the clear choice on ability and potential.

He was awarded the top rating of any novice this year after his Kempton success and should prove too classy for his rivals.

Burning Victory, who receives the fillies’ allowance, is included at a bigger price for trainer Willie Mullins.

Mullins has a strong hand in the following County Hurdle (2.10), and his classy Aramon is an obvious selection. The seven-year-old has run in Grade 1s on his last eight starts and will relish the drop in class. This is his first start in handicap company and a mark of 149 could prove lenient.

Thatsy and You Raised Me Up, both of whom are towards the bottom of the handicap and look to be improving, are also worth putting in.

The Irish are likely to dominate the Albert Bartlett (2.50) as well, with Latest Exhibition ranking the main selection for trainer Paul Nolan. He has the best form in the book this year and his sole defeat came when second to Supreme runner-up Abacadabras.

Fury Road, who represents top trainer Gordon Elliott, can also get into the frame.

Finding the winner of the Gold Cup (3.30) is far from easy this year, but filling the frame is the name of the game with a Placepot.

Al Boum Photo is the most consistent runner in the field over the last two years and the champion from 12 months ago has to be put in.

A bigger chance is taken on Lostintranslation after a bitterly disappointing King George performance. Wind surgery and the return to Cheltenham should help his cause, although trainer form is a concern.

Last year’s first and second in the Foxhunter (4.10) – Hazel Hill and Shantou Flyer – are back again and I would be shocked if neither hit the frame.

It’s time to see what you’re made of as you enter the last leg (4.50) with just one horse running for you, but Greaneteen is the clear standout in the Grand Annual and I’m happy to keep the stake down by making him the sole selection.

FIRST PUBLISHED 6:00PM, MAR 12 2020
Greaneteen is the clear standout in the Grand Annual and I’m happy to keep the stake down by making him the sole selection