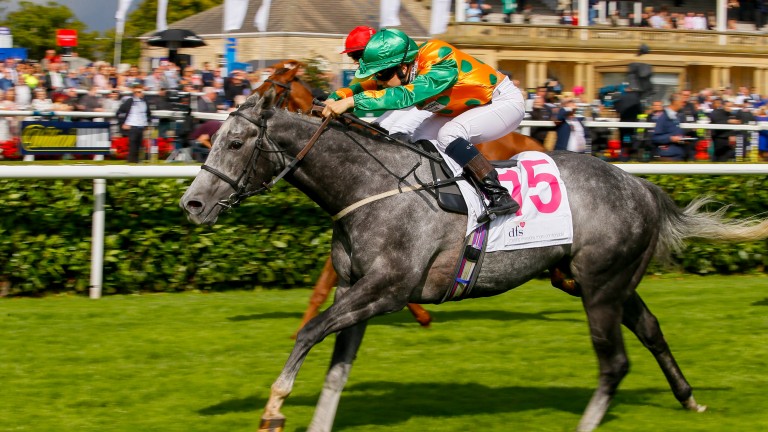 Buccaneers Vault: should improve for his recent comeback
Mark Cranham
1 of 1
By Stuart Redding 8:01PM, APR 2 2018

LE TORRENT (5.00) has suffered an interrupted career but looked as good as ever when winning at Kempton recently.

Returning from a 681-day break, Simon Dow’s six-year-old still had ground to make up approaching the final furlong but he hit the front in the dying strides. A 3lb higher mark shouldn’t stop him.

SIR HECTOR (2.20) has produced a string of solid efforts since moving into handicaps and can take the opener.

The Charlie Wallis-trained three-year-old landed a handicap debut over course and distance in January and has picked up minor honours in three subsequent starts, most recently when only Rock On Baileys was too good.

That rival has franked the form with two further victories and it would be a surprise if there is anything with her potential in opposition here.

BUCCANEERS VAULT (4.25) ended 2017 in decent heart and produced another sound effort on his recent comeback at Newcastle when he was beaten only two lengths from an unfavourable draw.
Paul Midgley’s gelding should benefit from that outing and wouldn’t need much more to score a first all-weather victory in the 6f handicap.

FIRST PUBLISHED 8:00PM, APR 2 2018
He produced another sound effort on his recent comeback at Newcastle when he was beaten only two lengths from an unfavourable draw