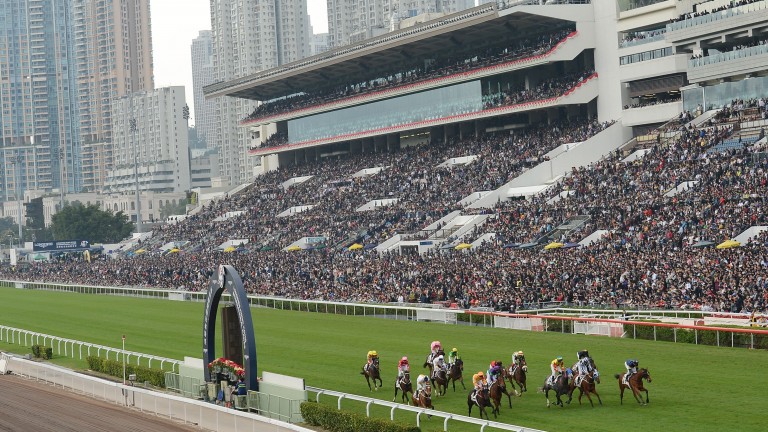 A conundrum faces punters when a collection of Hong Kong’s elite horses take their final steps towards next month’s glamorous International Races when lining up at Sha Tin today.  Will they be ready and at their peak? Will they need to be?

Tony Cruz is a master at priming a horse for a big target. His outstanding Exultant is top weight in the Group 3 Sa Sa Ladies’ Purse (7.20), a 1m1f handicap which has also attracted dual Kranji Mile winner Southern Legend, as well as old favourites Time Warp and Eagle Way, and that in itself is a big challenge.

On his first outing for the season, Exultant must give 20lb to the Hong Kong Derby winner Furore, who already has the benefit of one run. On October 1, Furore finished a cosy fifth to Beauty Generation, which was seen as a nice introduction.

Knowing how Cruz operates, he will have left something to work on as he aims Exultant at his prime early season target, the Hong Kong Vase, over a mile and a half, on December 8.

Tackling the 1m1f is not a problem for Exultant, especially as he came through two gentle barrier trials recently in good order. The question is, can he still be classy enough to beat off today’s challengers?

Furore, who had high class form in Sydney before being exported to Hong Kong, emerges as top pick, as the big pull in the weights will be in his favour. Karis Teetan, riding at 8st 1lb, will be no disadvantage in the saddle.

Fat Turtle (6.50) is incredibly consistent, having never been out of the first four in seven Hong Kong starts. That level of reliability gives him the best credentials in the Class Two 6f handicap, in which there are several handy types in the field. Joao Moreira should have him parked in behind the speed right from the start.

The remaining bet is an old favourite, Band Of Brothers (9.05), who is ready to measure up in this Class Two 1m handicap, with former French champion apprentice Alexis Badel in the saddle.

This is a third riding stint in Hong Kong for Badel, and progressive Band Of Brothers, who will appreciate his wide draw – he is a big strider with a big finish – is just the right vehicle to give him a winning return.