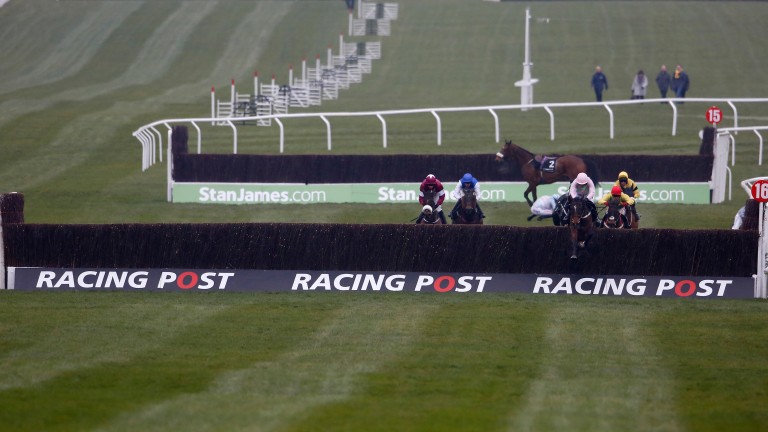 We all go into the Cheltenham Festival with a string of fancies, particularly on the Tuesday, but a quick look at last year’s results serves as a reminder of just how difficult the meeting can be.

Tuesday is usually considered the best day for punters with the meeting getting progressively harder – there were 114 runners on day one last year and 141 on day four – but that certainly wasn’t the case 12 months ago.

Then the Tote Placepot paid a monster £91,283.90 to a £1 stake, the damage largely being done by Apple’s Jade, Laurina and Buveur D’Air failing to make the frame in the Champion Hurdle and Benie Des Dieux falling in the Mares’ Hurdle.

My strategy for this year is to assume that lightning won’t strike twice in the Close Brothers Hurdle (4.10) and that Benie Des Dieux will either win or finish second to Honeysuckle, so she’s the banker, which gives a bit of leeway for the other races.

Shishkin has been my idea of the Sky Bet Supreme Novices’ Hurdle (1.30) winner for a while, but Fiddlerontheroof showed how well suited he was to a strongly run two miles when winning the Tolrworth and he’s the backup in case the favourite is not as good as I think.

The Racing Post Arkle (2.10) is a race in which I want to take on the jollies as I think it’s really competitive.

There could be a bit of pace burn-up too, so I’m looking for strong stayers at the trip and Maire Banrigh and Brewin’upastorm fit the bill.

Kildisart looks to be coming back to form and should go well in the Ultima Handicap Chase (2.50), as should Discorama, who has been second at the last two festivals. One who could go well at a price is Activial, who was far from disgraced when last of six behind Native River in the Denman Chase at Newbury and is now 6lb lower than when sixth in this race 12 months ago. He was also third in a Coral Cup.

The Unibet Champion Hurdle (3.30) is a real nightmare as there are very few you can reasonably rule out.

My three against the field are Cilaos Emery (supplemented despite two chase entries), Call Me Lord and Silver Streak.

The final leg is the Northern Trust Company Novices’ Handicap Chase (4.50) and I’ll be disappointed if Imperial Aura is not on the premises. Beakstown is the backup.

FIRST PUBLISHED 6:00PM, MAR 9 2020
My three against the field are Cilaos Emery [supplemented despite two chase entries], Call Me Lord and Silver Streak