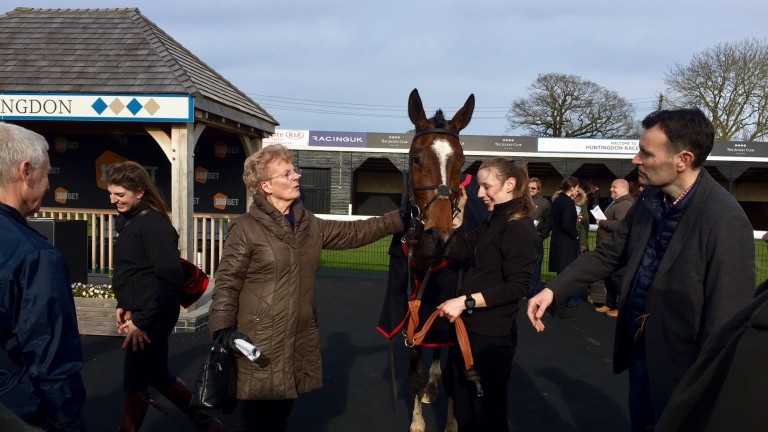 Rattle On looks well handicapped off a lowly mark of 53 and can make the most of what looks the easiest opportunity he has had.

The five-year-old cost £300,000 as a yearling and spent time with Roger Varian and Luca Cumani without making the track.

He was then sold for only £5,000 to Jim Boyle in the summer of 2016 and has run well for current connections in 21 starts despite winning only once.

That victory came this time last year when winning over course and distance by a neck off a mark of 61 and he is 8lb lower here.

He can be a bit unreliable and often misses a stride or two at the start, leaving him on the back foot early and making his task a lot tougher than it should be around this tight, turning track. He did exactly that when running here last week and, despite finishing strongly to be a clear-cut second, he gave himself too much to do.

However, he has a nice draw in stall one and is certainly capable of taking advantage if breaking well.

This is competitive but it’s best to side with Stuart Edmunds’ five-year-old mare Chandos Belle, who is looking to follow up last month’s victory at Huntingdon.

Edmunds, who has had five winners at Market Rasen from 22 runners (23 per cent) and has his horses in flying form, will have been pleased to get Chandos Belle’s head in front for the first time over hurdles last time out off a mark of 99.

She had previously shown good form over 2m2½f at this track at the start of last month, finishing a four-length third to Iconic Sky, who was unlucky not to score again at Fakenham last week.

Chandos Belle stepped up to this trip last time out, her first try over 2m4½f, and despite finding all sorts of trouble in running and almost blundering her chance away on the first circuit she stayed on strongly to land the prize.

The 9lb rise in the weights shouldn’t prove too much of a problem and she looks to be an improver over this longer trip.

Jeremy Noseda’s three-year-old Perfect Hustler is likely to be a short price for this novice event despite having to give 7lb to his eight rivals but that’s fully warranted.

The gelded son of Jimmy Creed – an American sire whose progeny are well suited to synthetic surfaces – got up late to deny Sir Michael Stoute’s favourite Procedure with the first two clear last October.

He travelled well throughout and, although the form hasn’t worked out overly well, he looked a horse to follow.

John Egan, who partnered him that day, retains the ride and it’s interesting to see connections go down this route instead of tackling handicap company off a good mark of 80.

He has by far the best form of the three runners to have run and it would take a useful newcomer to beat him.

Castlelyons and Bird Of Preyare are both seeking hat-tricks, but preference goes to Jacob Cats under Silvestre de Sousa.

The Brazilian has won three of his five starts aboard William Knight’s gelding, most recently at this course 12 months ago when the pair denied six rivals by a length off a mark of 91.

Jacob Cats is winless in eight starts since that victory, but he has dropped down the handicap accordingly to a mark of just 88 and showed definite signs on his return to the track last month that he may be well ready to win again.

He kept on well over this trip that day having been held up in the early stages by Callum Shepherd and, while he finished only seventh, he was just lengths behind the winner, Crowned Eagle.

He’ll have to turn that form around with Kelly’s Dino, who finished second, but he’ll strip a lot fitter for the run and has a nice swing in the weights.

FIRST PUBLISHED 8:00PM, APR 10 2018
The 9lb rise in the weights shouldn’t prove too much of a problem and she looks to be an improver over this longer trip