Cilic good enough to silence Sock if he's in the mood 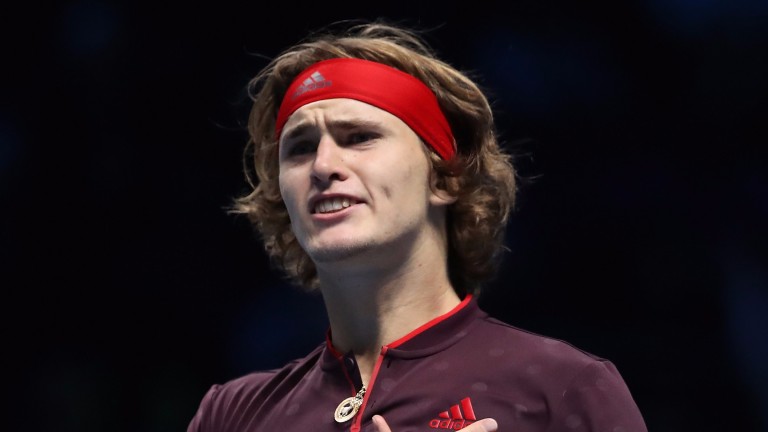 Alexander Zverev may not be pushed around much by Roger Federer
Julian Finney
1 of 1
By Adrian Humphries 8:15PM, NOV 13 2017

Cilic v Sock
Jack Sock has won both of his meetings with Marin Cilic, but the American is no certainty to improve his personal series against the experienced Croat on day three of the ATP Finals.

Sock, who claimed his first Masters Series 1,000 title in Paris earlier this month, did pretty well to keep it close in his London opener against Roger Federer on Sunday.

Federer was always likely to win, but a 6-4 7-6 scoreline would have caught out plenty of total-games handicap punters.

Cilic, the 2014 US Open hero who reached his first Wimbledon final in the summer, has not been at his best for much of the campaign but he has a losing head-to-head record against each of his Boris Becker group rivals in London this week so has gone into the tournament very much under the radar.

Cilic nearly turned it around in his curtain-raiser against Alexander Zverev, who won 6-4 3-6 6-4, and his second outing is unlikely to be any tougher than his opening task.

Punters have been nibbling away at Cilic at a shade of odds-on for this clash and if he's in the mood he's good enough to defeat Sock.

Federer v A Zverev
Roger Federer is virtually peerless when it comes to winning matches, but with a personal series that stands at 2-2 there are signs that Alexander Zverev is now one of the Swiss star's chief rivals.

Most oddsmakers afford Zverev, a three-set victor in his London opener, a start of 3.5 games but 188Bet give the German 4.5.

That could be enough for the best young player in world tennis and a quote of 8-13 is difficult to quibble with.

Federer will know he'll need to be sharper than he was when beating Sock in two close sets on matchday one and punters should be prepared for that.

But if Zverev produces anything approaching his best game, there's every reason to believe he will not be embarrassed and can keep it close. He could even upset the Swiss legend.